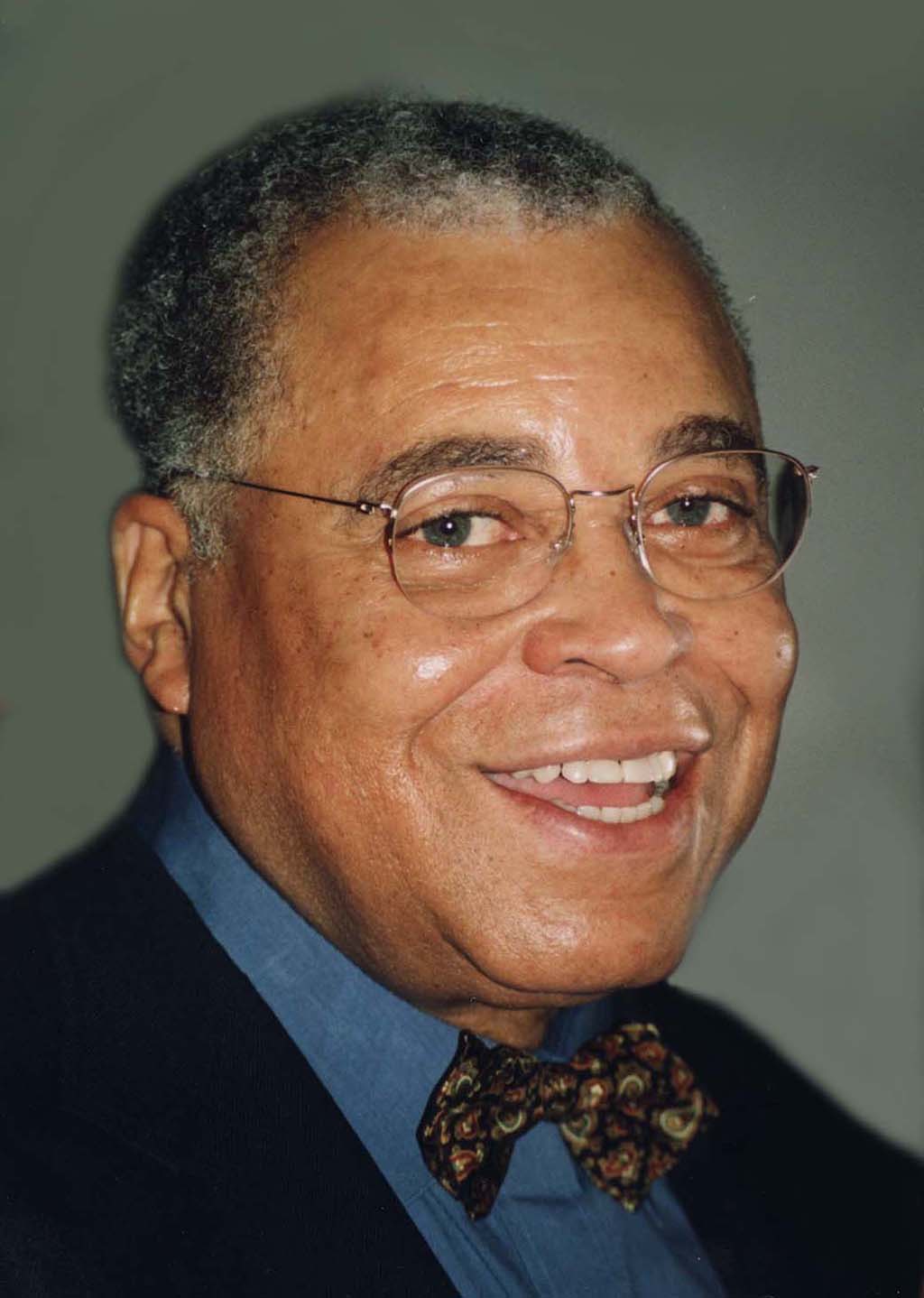 Award winning actor James Earl Jones was born Todd Jones on January 17, 1931 in Arkabutla Township, Tate County, Mississippi.  His father, Robert Earl Jones, an actor, boxer, butler and chauffeur, deserted the family and young Todd, at age of five moved from his mother’s care to live with his maternal grandparents, Maggie and John Henry Connolly on their farm near Jackson, Michigan.  This traumatic life change caused him to develop a severe stutter and refuse to speak.

Jones credits one of his high school teachers, Donald Crouch with helping him master his speaking ability.  Crouch saw Jones’ gift in poetry and made him recite his poems everyday before the class in hopes that this would build his confidence and end his silence.

In 1949 Jones entered the University of Michigan with the aspiration of becoming a doctor.   He spent four years, however, realizing his dramatic talent and shifted his career goal.  Jones left the University of Michigan in 1953 without a degree but with four years of Reserve Officer Training Corps training.  He was soon drafted into the U.S. Army.  While waiting for orders to active duty, he found a part-time job at the Manistee Summer Theater.

Jones was eventually called to service and expected to be sent to Korea.  Instead he was sent to Basic Infantry Officers School at Fort Benning, Georgia.   By the end of summer 1953, Jones received a second lieutenant’s commission and was sent to Camp Hale near Aspen, Colorado as part of a new Army cold weather training command. Jones fulfilled his two year commitment and then left the Army in 1955.

Returning to the Manistee, he served as actor and stage manager between 1955 and 1957.  He also performed as Othello at this Michigan Theater.   After acting in a number of venues for the next seven years, Jones gained his first film role in 1964 as Lt. Lothar Zogg, the B-52 bombardier in Dr. Strangelove or: How I Learned to Stop Worrying and Love the Bomb.  Here Jones performed along side the movie’s stars, Peter Sellers and Slim Pickens.
In 1970 Jones earned his first starring role in The Great White Hope where he played the first black heavyweight champion, Jack Johnson.   Jones became the second African American performer to receive an Oscar nomination for Best Actor.  He lost out to George C. Scott for his portrayal of Patton.

Jones is probably known most widely as the voice of Darth Vader in the Star Wars films which began in 1977.  Jones was also the voice of Mufasa in the 1994 Disney animated film, The Lion King.

Jones has won Tony Awards for his Broadway stage performances in The Great White Hope (1969) and Fences (1987).  In 2005, Jones and Leslie Uggams headed an all-African American cast in the play, On Golden Pond.   Three years later (2008) he returned to Broadway as Big Daddy in the all-African American production of Cat on a Hot Tin Roof, directed by Debbie Allen and starring Phylicia Rashad and Terrence Howard.

Jones has been married twice; first to actress and singer Julienne Marie and since 1984 to actress Cecilia Hart.  They have two children.