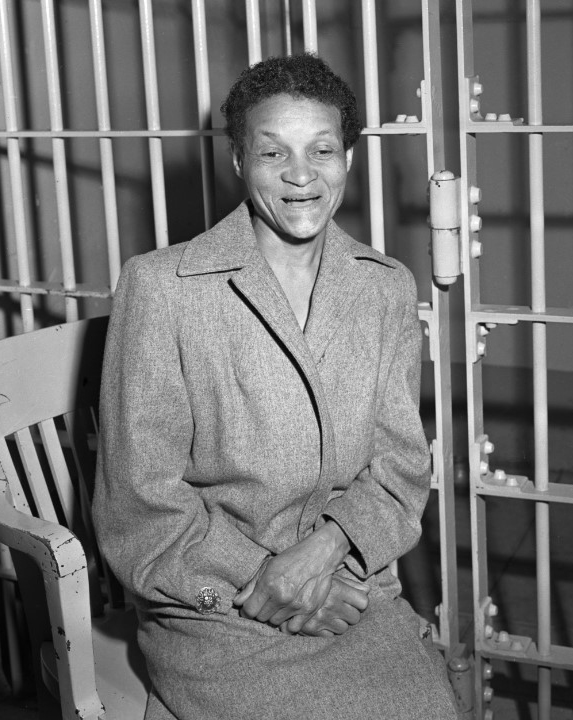 The most widely publicized case of the virtual enslavement of an African American in the 20th century is that of Dora Jones, born Theodora Lawrence Jones in 1890 in Athens, Alabama, the daughter of former slaves Plato Jones, a shoemaker and brick maker, and Lazzie Garrett Jones. As a young girl attending a church-supported missionary school in Athens, Jones was a favorite of teacher Elizabeth Kimball, a young woman from a wealthy Boston, Massachusetts family. As a teenager Jones was persuaded to follow Kimball to Washington, D.C. as her maid when she married Walter P. Harman, a Harvard-educated government employee. Harman soon took advantage of Jones and impregnated her. Elizabeth’s divorce from Harman did little to calm her fury at Jones who was isolated and 700 miles from friends and family. This was the beginning of decades of verbal and physical abuse and labor without compensation that lasted nearly forty years.

In October 1946, the Ingalls drove across the country and stopped in Berkeley, California at the home of their married daughter, Helen Roberts, before proceeding to their retirement home in San Diego. Helen discovered Jones squeezed in with the luggage in the Ingalls’s parked car. She immediately contacted the police who hauled her parents in for questioning, but when frightened and timid Jones failed to accuse them of any wrongdoing the couple was released. Thanks to an anonymous tip to the FBI, they were later arrested and charged with the crime of involuntary servitude.

Witnesses were brought in to testify from across the county in a trial that started on June 24, 1947 in the U.S. District Court in San Diego. Among them were both daughters of the Ingalls who were witnesses for the prosecution. During the 16-day trial Jones recounted that she had been forced to have an abortion, not allowed to see a movie in twenty years or to attend church, never given a day off from work, never permitted to eat or sit in the presence of the Ingalls, and never saw any money the Ingalls allegedly paid her.

The circumstance of Jones’s mistreatment, attracted the attention of the New York Times, Washington Post, Timemagazine, Sydney Morning Herald (Australia) and countless other news outlets that reported on or sent reporters to San Diego to cover the trial. The testimony of Jones helped to convict the Ingalls who were incarcerated for just ten days, received a 3-year suspended jail sentence, a $2,500 fine, and made to pay Jones $6,000 in “lost wages.” Jones left the national limelight to live quietly with relatives in St. Louis, Missouri, until her death on March 1, 1972, the same year her relentless tormentor, Elizabeth Ingalls, also passed away.