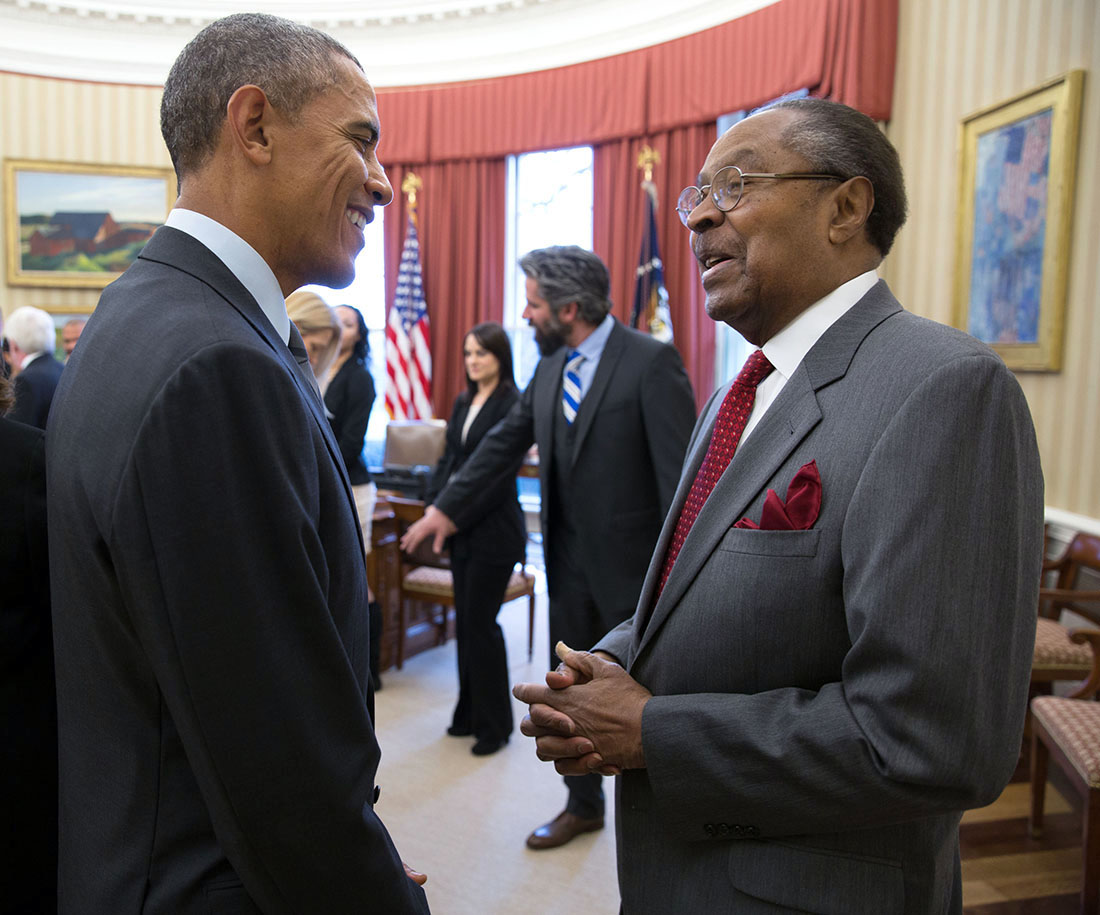 As a lawyer, speechwriter, and close friend to Martin Luther King, Jr., Clarence Jones was a key figure in the background of the Civil Rights movement.  While Jones’ own accomplishments were numerous, his touch on history has been relatively silent compared to the individuals with whom he was associated.

Clarence Benjamin Jones was born on January 8, 1931 in Philadelphia, Pennsylvania. Jones’ parents, Goldsborough and Mary, worked as a cook and a maid respectively. The family lived in Palmyra, New Jersey across the Delaware River from Philadelphia when he was a young boy. Jones attended local Catholic schools growing up and graduated from East Palmyra High School in 1949. That same year he entered Columbia University, graduating with his B.A. in 1953. He was drafted by the U.S. Army and served all his time at Fort Dix in New Jersey. However, he was discharged for his left-wing political views, and his refusal to sign a loyalty oath after 21 months. Jones would eventually have this decision reversed and would be granted an honorable discharge. After the Army, he enrolled at Boston University Law School in Massachusetts and graduated in 1959.

After passing the bar, Jones began practicing law in California. He began at an intellectual property firm, but eventually became connected to the Civil Rights movement. He was hired to serve as a defense counsel for Dr. Martin Luther King.  He would defend King successfully against charges of tax fraud in Alabama, and would continue to be one of his close confidantes. Notably, Jones was also involved in speechwriting for King. He would join King’s inner circle, and help with King’s “Letter from a Birmingham Jail” and his “I Have a Dream” speech. Jones recounted much of his time with King in his memoir Behind the Dream.

Additionally, Jones’ activities were recorded through FBI wiretaps. While King largely dismissed any suspicions of the recordings, Jones always believed that they were secretly being recorded. Much of the content that the FBI would gather from Jones and King would be used in his later memoir.

After King’s death, Jones continued to practice law and worked for the investment banking firm Carter, Berlind, and Weill in New York City, New York. In 1967, Jones would become the first African American to make partner at a Wall Street firm. He would continue, however, to be involved in civil rights issues. In 1971, he was called on by Governor Nelson Rockefeller to mediate during the Attica State Prison Riot.  Jones also served as an editor for the New York Amsterdam News.

Jones is currently a visiting professor at the University of San Francisco, and a writer-in-residence at the Martin Luther King Institute at Stanford University. He has been a contributor on numerous media outlets including Fox, CNN and NPR. He now lives in Palo Alto, California.