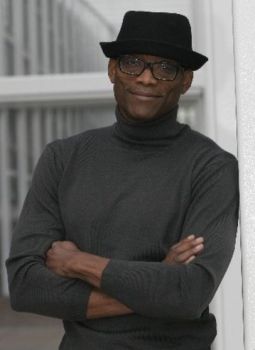 In 1955, Jones’ family migrated to Wayland, New York, where he grew up and began his dance training at State University of New York, Binghamton in the early 1970s. In 1974, while attending SUNY, Binghamton, Jones co-founded the American Dance Asylum with Lois Welk where he met photographer Arnie Zane, who became his life and dance partner. During this time, Jones and Zane began developing a contact-improvisation choreographic style of dance duets, creating works that addressed controversial social issues such as gender roles, sexuality, racism, inter-racial relationships, and HIV/AIDS. Jones and Zane moved to New York City in 1978 and formed the Bill T. Jones/Arnie Zane Dance Company in 1982.

Integral to Jones’ and Zane’s choreographic style, was the use of text, photographs, and postmodern music. Another main component of their choreographic collaboration was the interplay of their contrasting physicality. Jones used his athletic movement impulses to play off Zane’s photograph-like sculptural sensibilities. Using these physical differences as a base, the duo pushed the socially accepted boundaries of traditional male/female dance partnering roles. They were of the first generation of American postmodern choreographers to create and publically perform duets using same-sex couples, women lifting men, nudity, and non-traditional dancer body types on stage. Through their work, Jones and Zane redefined the paradigm of American Postmodern Dance.

Arnie Zane died from AIDS-related lymphoma in 1988. To celebrate the tenacity of the human spirit and cope with the loss of Zane and many others in the performing arts community from HIV/AIDS, Jones choreographed D-Man in the Waters. The work premiered in 1989 and earned Jones the MacArthur “Genius” Award in 1994.

Since 1982, Jones has choreographed over 100 works for the Bill T. Jones/Arnie Zane Company and has created works for Alvin Ailey American Dance Theater, Lyon Opera Ballet, Berlin Opera Ballet, and Dayton Contemporary Dance Company, among others. Jones’ television credits include PBS “Great Performances” Series (Fever Swamp and Last Supper at Uncle Tom’s Cabin/The Promised Land), PBS documentary on the making of Still/Here, by Bill Moyers and David Grubin, and a segment of D-Man in the Waters is included in the 2001 Emmy winning documentary “Free to Dance”, chronicling modern dance’s African American roots.