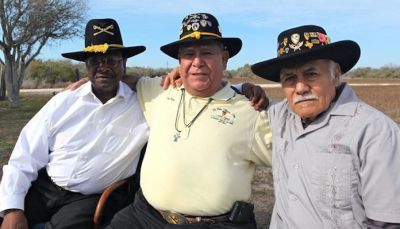 Tone Johnson, medical doctor, Vietnam hero, and civic leader was born on November 9, 1944 to Lyzer (Elizabeth) Marks Johnson and sawmill worker and farmer Henry Johnson in Plain Dealing, Louisiana.  After graduating from Carrie Martin High School in Plain Dealing in 1963, he went to Vietnam as part of company D, 2nd Battalion, 7th Cavalry Regiment of the First Cavalry Division.  His unit, assigned to West-Central South Vietnam, Ia Drang Valley near the Cambodian border, met the North Vietnamese on November 14, 1965 at the base of a limestone mountain, Chupong Massif in one of the first confrontations between North Vietnamese troops and U.S. Army soldiers.

The Ia Drang battle—named after the river which flowed through the valley—was immortalized by CBS news footage and later a movie, We Were Soldiers, based on Harold G. Moore and Joseph L. Galloway’s book, We Were Soldiers Once … And Young. This battle marked the first time the United States Army and the People’s Army of Vietnam clashed during the Vietnam War.  During this combat, American forces killed over 1,400 Vietnamese, and the United States casualties amounted to more than 120 over the next few days.  The 1st Battalion, 7th cavalry fought hard for three days, but with the arrival of B-52s, they rested. The 2nd Battalion with Tone Johnson was sent in to help.

On November 17, 1965, the 2nd Battalion moved through heavy grass, tree cover, and treacherous terrain to LZ Albany.  Johnson said the troops were exhausted by the time they met with the 1st.  They had been alert for more than 52 hours, but soon shots rang out, and the ambushed unit was all but destroyed, except for five survivors.  Johnson was knocked unconscious and awoke to find a North Vietnamese sitting on his chest eating his lunch. Johnson moved and the man jumped. He shot at him, but Vietnamese soldier was killed by fire because U.S. Air Force planes dropped napalm on their position.  Johnson crawled away trying to find survivors and cared for their wounds.  He was taken to the hospital with numerous injuries, including a gunshot wound, shrapnel (which has impaired his right eye), and lacerations to his hand and legs.  Johnson was among five found alive after one of the bloodiest battles of this war.  Because of racial disparity in the service, however, he had to wait thirty-one years to receive the Bronze Star for his meritorious achievement and the recognition of his bravery.

After recuperating in the hospital and leaving the U.S. Army, Johnson attended Grambling College for his bachelor’s degree and later graduated from State University of New York at Buffalo with a medical degree in 1975.  He became a family practitioner and started a combat medical training program for infantry soldiers to learn first aid.  By 1970 he had settled in Corpus Christi, Texas and still serves in the Army National Guard, Nueces County Medical Society, and the Corpus Christi Black Chamber of Commerce.  He is also a member of Alpha Phi Alpha Fraternity.