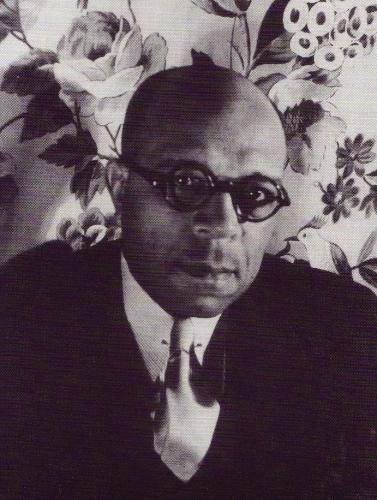 Hear a soundtrack specially chosen to enhance your learning about J. Rosamond Johnson (1873-1954)

Composer, actor, and pioneer in his field, John Rosamond Johnson was one of the most successful of the early African American composers. Born on August 11, 1873 in Jacksonville, Florida, Johnson was the younger brother of prominent composer and civil rights leader James Weldon Johnson. Starting in 1890, John Johnson attended Boston’s New England Conservatory, and for a brief time studied in Europe as well. He began his career as a music teacher in Jacksonville public schools but in 1899 moved to New York with his brother, James Weldon, to pursue a career in show business.

One year later the Johnson brothers established a song writing partnership with Robert “Bob” Cole, a lyricist and vaudeville entertainer. Their working relationship lasted until Cole’s death in 1911 and would prove to be quite profitable, producing two popular all-black operettas on Broadway, The Shoo-Fly Regiment (1906) and The Red Moon (1908). With Cole, Johnson also wrote Congo Love Songs, My Castle on the Nile, and the enormously successful Under the Bamboo Tree in 1902.

Of the music that Johnson wrote himself, Lift Every Voice and Sing (1900) is the best known. The song was so popular that the National Association for the Advancement of Colored People (NAACP) dubbed it The Negro National Anthem. Other well known songs of his include The Maiden with the Dreamy Eyes, Didn’t He Ramble, and Li’l Gal, Since You Went Away.

Original and expressive, Johnson’s work propelled him to international acclaim. He was best known, however, for his work on Negro spirituals, jubilees, plantation ballads, and minstrel songs. Over his lifetime, Johnson arranged more than 150 spirituals and over 160 musical theater numbers. His compositions for the piano include The Merango (1905), The Siberian Dip (1911), Tango Dreams (1914), and The African Drum Dance No. 1 (1928).

His career was not limited to songwriting, however. He was a renowned performer and made his acting debut in the first African American show on Broadway, John W. Isham’s Oriental America (1897). He eventually secured leading roles in Porgy and Bess (1935), Mamba’s Daughters (1939), and Cabin in the Sky (1940).

One of Johnson’s major accomplishments was the 1918 founding of his school in Harlem called the New York Music School Settlement for Colored People. Atlanta University awarded him an honorary master’s degree in 1917 and he was made a subchief of the Iroquois in honor of his stage musical Red Moon (1908) and its respectful portrayal of Native Americans. He was a member of the American Society of Composers, Authors, and Publishers for most of his career.

In 1913 Johnson married Nora Ethel Floyd, one of his former students. Together they had two children, Mildred and Donald. John Rosamond Johnson died of a cardiac condition in his sleep on November 11, 1954 in New York City.