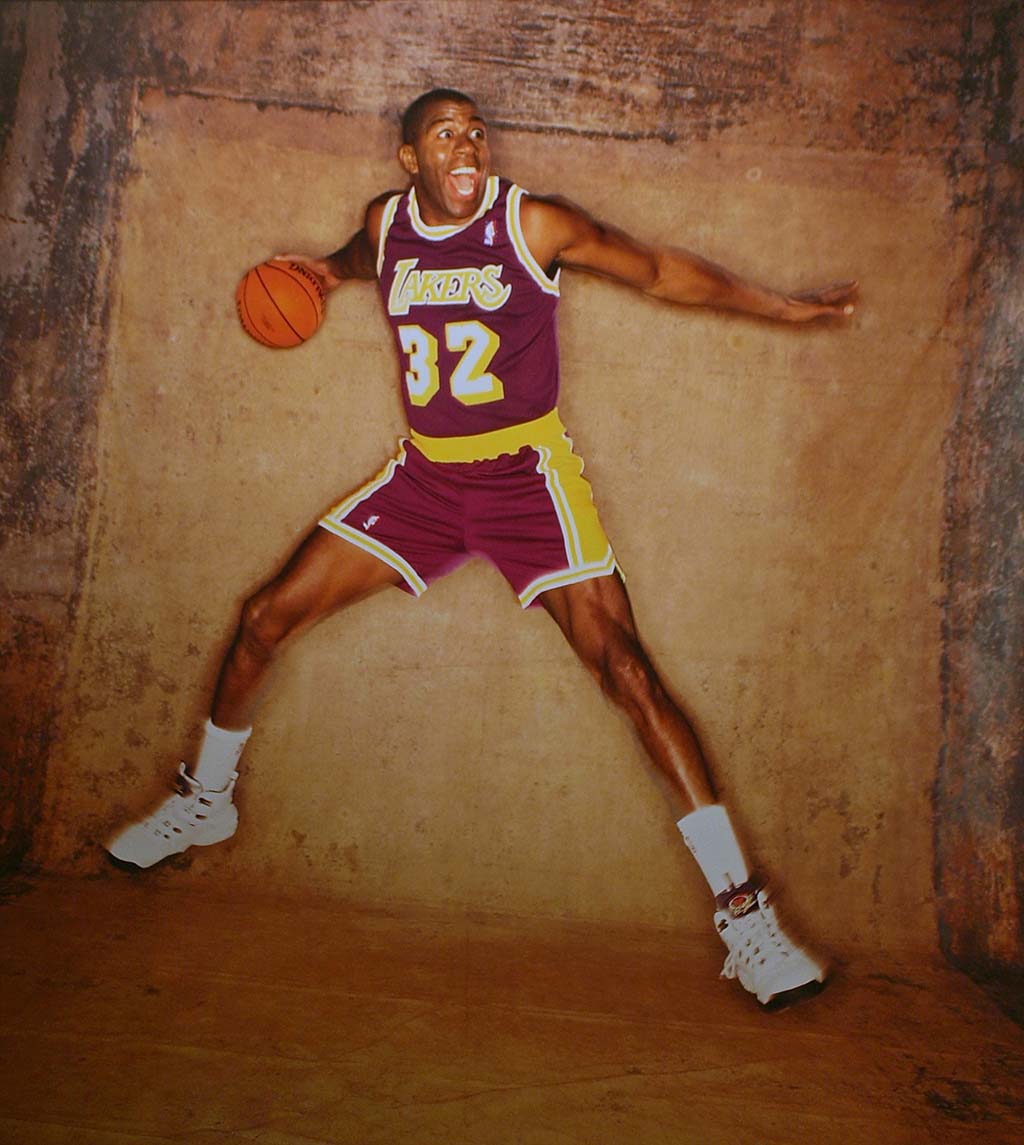 Earvin Johnson, Jr. was born on August 14, 1959, in Lansing, Michigan. Johnson was given the nickname “Magic” by a Lansing newspaper reporter who watched the 15 year-old score 36 points, grab 16 rebounds and give 16 assists in a game at Lansing Everett High School. As a senior, Johnson led his school to a 27-1 record along with the state championship.

Wanting to remain close to home, Johnson attended Michigan State University in East Lansing. As a sophomore in 1979, Johnson was named an All-American. That season Johnson led his team to victory over Larry Bird’s Indiana State team in one of the most storied NCAA Championship games ever.

Johnson was selected by the Los Angeles Lakers as the number one overall draft pick in 1979, and he would stay there his entire career. In the 1980 NBA Finals, the rookie Johnson took the place of the injured Kareem Abdul-Jabbar in game six, and proved his versatility by scoring 42 points. That game won the Championship for the Lakers, and won Johnson his first of three NBA Finals Most Valuable Player awards. When he retired in 1991, Johnson had set a new NBA record for career assists with 10,141, passing NBA legend Oscar Robertson’s mark set in the 1960s, although his record would be broken by John Stockton in 1995.

Before the 1991-1992 season had started, Johnson announced he had tested positive for HIV, and that he would be retiring. One of the first major celebrities to be diagnosed with HIV, Johnson immediately began using his influence to spread awareness around the world. The Magic Johnson Foundation was founded in 1991 with a mission of educating and aiding impoverished youth around the country, making gains in education as well as HIV/AIDS awareness. In December 2006, Johnson announced the Foundation will be partnering with the Abbott Corporation in a new campaign, “I Stand With Magic,” with the aim of reducing HIV/AIDS in the African American community by 50% over the next five years.

Earvin Johnson remains not only one of the most innovative and exciting players in basketball history, but also a leading philanthropist whose numerous social programs are enriching the lives of poor and inner-city youth around the country.