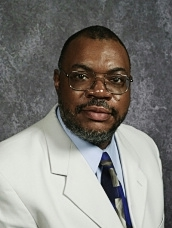 Prominent New Jersey educator Nedd James Johnson, Sr. was born on March 1, 1960 to Neely and Queen Johnson in Dayton Beach, Florida.  He is the second oldest of five children, all boys. Johnson is married Mary Lena (Carter) Johnson and they have two children: Nedd, Jr. and Crystal.

Johnson moved from Florida to New Jersey in 1965 and attended public schools in Vineland and Pittsgrove Township and graduated with honors from Schalick High School in 1978 as a member of the school’s first graduating class. He attended Glassboro State College (now Glassboro State University) graduating in 1982 with a Bachelor of Arts degree in Education/ History. He subsequently graduated from Rowan College in 1989 with a Master of Arts degree in Student Personnel/ Guidance and again in 1996 with a Master of Arts degree in School Administration. He received his doctorate in Educational Leadership from Rowan University in December 2016.

Dr. Johnson began his educational career in 1983 as a Social Studies teacher at his alma mater, Schalick High School. He then worked for the Pittsgrove Township, Millville and Vineland Public School Districts, all in New Jersey, as a teacher, coach, counselor, Guidance Director, Guidance Supervisor, Assistant Principal and Principal.  He was appointed to the position of Assistant Superintendent for the Bridgeton, New Jersey Public School District in May 2011 and retired in July 2016. He started working as an adjunct Field Supervisor for teacher candidates at Rowan University in January 2017 and was recently hired as an Instructor and Teacher Recruiter for the College of Education.

Dr. Johnson has also been extremely active in his local community over the years as evidenced by his prior service on the Board of Directors of the Martin Luther King Academy for Youth in Vineland, New Jersey, the Board of Directors of the Vineland YMCA, the Cumberland County College Educational Opportunity Fund Community and Student Services Advisory Boards in a number of communities. He is active in the Greater Vineland NAACP #2115 having served as First Vice President, Treasurer, Educational Committee Chair and Scholarship Committee Chair. He is a Silver Life Member of the NAACP and a partner at Glory Tabernacle in Bridgeton under the leadership of Bishop Dr. David A. Hadley, Sr.