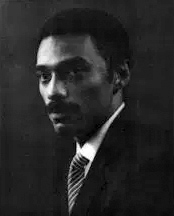 Renowned composer and pianist John Daniel Carter was born on April 19, 1932, in St. Louis, Missouri but was reared in Tallahassee, Florida. He was the only child of John Hannibal Carter, a pianist, and his first music teacher, and Lilly Carter. John Carter quickly demonstrated extraordinary piano skills as a young boy.

In 1948, when Carter was 15 years old, his father took him to Florida A&M University to study piano as a “special student.” Carter was not there seeking a degree but to train with Miss Johnnie V. Lee, a noted African American pianist and Greek scholar. After that year, his parents relocated to Houston, Texas, at which point he graduated from Jack Yates High School in 1949.

Carter was at Oberlin Conservatory of Music from 1949 to 1954. He left only one semester before completing his degree in piano and composition to join the United States Army Special Services. He was assigned to the entertainment branch of the American military. While there in 1956, Carter performed Gershwin’s Rhapsody in Blue with the Atlanta Symphony and the Liszt Piano Concerto No. 1 in E-flat, S. 124 with the Chattanooga Symphony. The following year, 1957, before completing his tour of duty with the Special Services, he accompanied pianists for the Concert radio version of “Porgy and Bess.”

On April 5, 1959, Carter’s Song Cycle, “Cantata for High Voice and Piano/ Orchestra,” a set of related songs performed in a sequence, was displayed at Daughters of American Revolutionary Constitution Hall in Washington, DC by his close personal friend, legendary opera diva Leontyne Price. The movements that Carter composed and arranged were 1. Prelude, 2. “Peter go ring dem bells,” 3. “Sometimes I feel like a motherless child,” 4. “Let us break bread together,” and 5. “Ride on King Jesus.”

In 1966, Carter completed “Valses pour less danseurs noir and Kodocu.” It was done simultaneously while studying conducting and composition at Carnegie Mellon University with the Barcelona-born composer/conductor Carlos Suriñach. That next year, 1967, Carter performed the pieces in Woodstock, New York. From 1968 to 1969, Carter was Artist-in-Residence with Washington’s National Symphony where he was sponsored by the Rockefeller Foundation. Also, the National Symphony Orchestra in Washington, D.C. played Carter’s “Requiem Seditiosam: In memoriam of Medgar Evers.”

Carter taught Applied Piano and Music Theory in 1970 at Federal City College (now the University of the District of Columbia). However, these projects and activities were interrupted by the death of his mother in St. Louis that led to his resignation from Federal City College in 1971. In March 1981, Carter’s “Cantata for High Voice and Piano/ Orchestra” was performed at Carnegie Recital Hall.