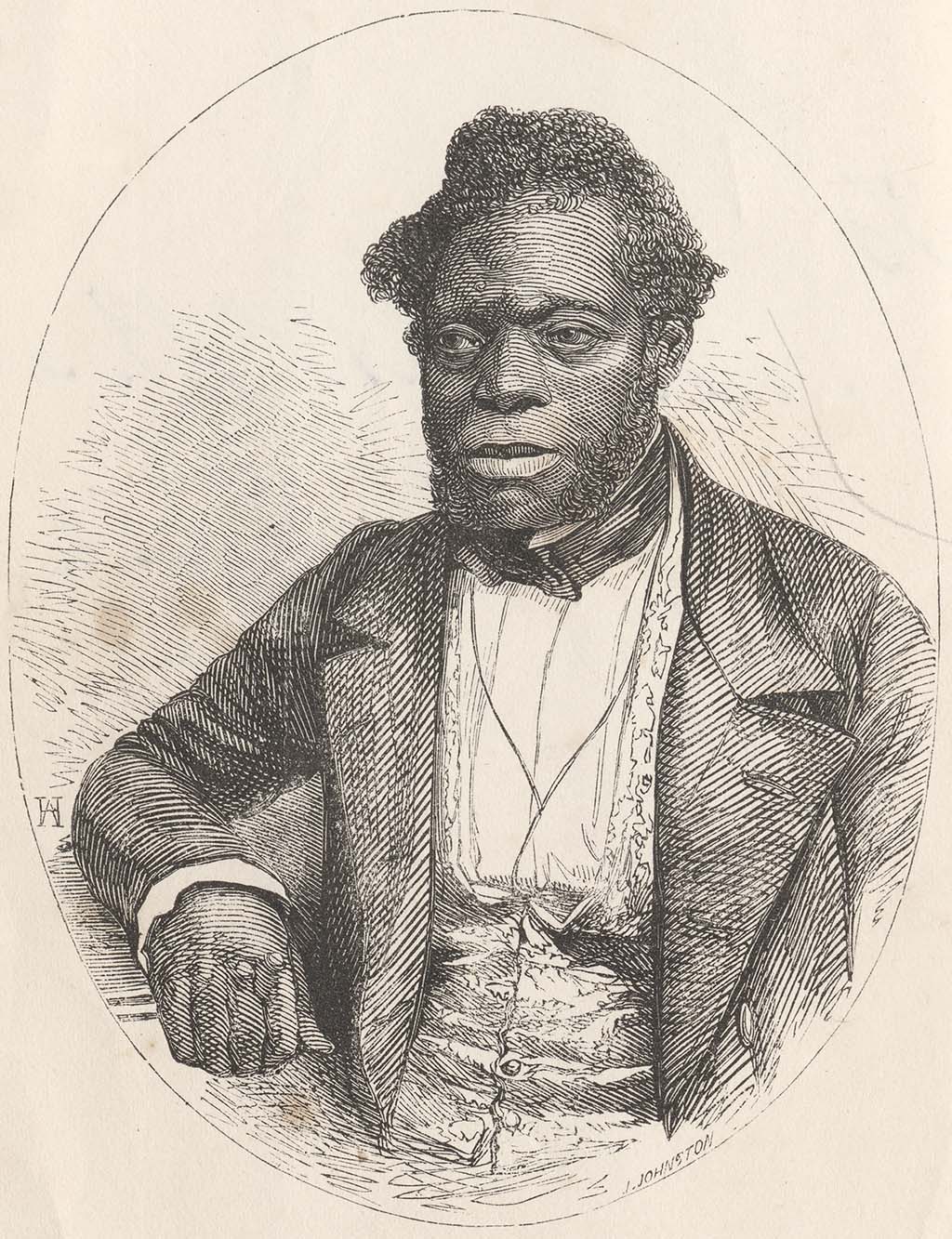 John Brown (also known as “Fed” and “Benford”) of Southampton County, Virginia is best remembered as an escaped enslaved person who wrote an account of his bondage that was published in England in 1854. Brown was born about 1818 on the Betty Moore farm, three miles from Jerusalem (Courtland) on the Nottoway River. Due to the will of his owner, the Moore slaves were split between the daughters once they married. Brown, his mother and one brother, were taken by his new owner, James Davis, to Northampton County, Virginia in 1828.

The rising price of cotton in the 1820s prompted an increased need and value of slaves particularly in the Deep South. Accordingly, Fed was sold to Starling Finney, a slave dealer, in 1830 and taken to Georgia. There, he was eventually sold for $350 to a cotton planter. Brown in his autobiography described Thomas Stevens as whipping his slaves every day.

Young Brown tried to run away from the Stevens plantation several times. In the last attempt he was caught and described what he called bells and horns placed around his neck and a circle of iron that fits around the crown of his head. The two torture objects were held together by three iron rods or horns that stuck out three feet above his head and had bells attached at the end of each rod. The entire contraption, which weighed about fourteen pounds, dissuaded Brown from attempting to escape the plantation again.

In 1845, Stevens’s son temporarily removed the “bell and horn,” and Brown made his escape. He allowed himself to be re-captured one year later and was sold to a planter in Louisiana where he became known as Benford. Escaping once more, he made his way to Indiana where he assumed his free name, John Brown. With the help of Quaker conductors on the Underground Railroad, Brown moved to Canada in 1847 where he was a copper miner. In 1849 Brown moved to Josiah Henson’s Dawn Institute in Kent County, Ontario where he was a carpenter, but in 1850, he moved to England. He worked there as a carpenter and then as a herbalist until his death in 1876 at the age of 56.

John Brown told his story to Louis Alexis Chamerovzow in 1854. It was published by the British and Foreign Anti-Slavery Society the next year. Chamerovzow explained in the Preface of the book, Slave Life in Georgia: A Narrative of the Life, Sufferings, and Escape of John Brown, A Fugitive Slave, Now in England, that telling John Brown’s travails as a slave would advance the anti-slavery cause by exposing the world to the horrible life of those still held in bondage.

Brown’s expose described the break-up of slave families and the fear instilled in slaves of punishment and exploitation, and cruel and severe treatment. The main message, however, was that John Brown never gave up his hope of freedom. When he was able to break his own chains of slavery, he proved that he was a man equal to all others. He advanced himself by his own exertions, and set an example for others of his race to follow.