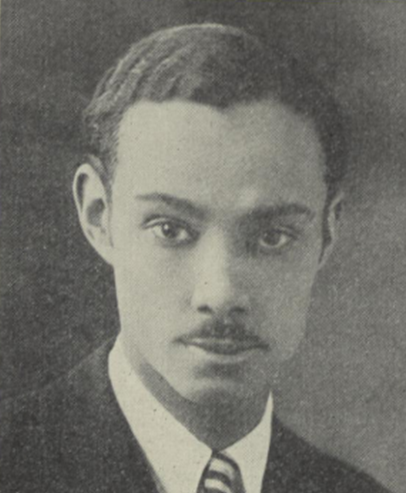 Dr. John Baldwin West was one of a handful of African American pulp detective fiction writers. In the 1950s his books were described by critics as white life novels, placing him in a category with better-known writers such as Willard Motley, William Gardner Smith, and Frank Yerby. Born March 6, 1905 in Washington, D.C., one of the four children of Dr. Charles Ignatius West, a medical faculty member at Howard University, and school principal, Rebekah B. West, he attended Dunbar High School in the District and Williston Seminary, a boarding school in Easthampton, Massachusetts. In 1922 and he entered Howard University where he was elected president of the freshman medical school class; was captain of the varsity tennis team; played football; was a member of several Greek-letter organizations including two honor societies; and demonstrated a fondness for stage acting.

After West’s graduation from medical school in 1929, friendship with an Ethiopian student at Howard who was a nephew of Emperor Haile Selassie led to his being appointed for a short term as a special advisor and health administrator in Addis Ababa, Ethiopia. Returning home, in 1931 he became the first African American to obtain a master’s degree in public health (M.P.H.) at Harvard University. From 1932 to 1936 West worked in Tuskegee, Alabama as Sanitary Officer for both the Veterans Administration Facility there and for Macon County. West left Tuskegee to be the first black director of the District Health Officer for the Central Harlem Health District in New York City. Over a three-year period he and his staff of 200 were credited with having dramatically lowered the infant mortality and maternal death rate in Harlem. As medical researcher, in 1939 he co-authored “A Serological Reaction to Tuberculosis” in the American Review of Tuberculosis. In 1941 he went to Chicago to work for several months as medical director of Provident Hospital for Negroes.

During World War II, West was promoted to the rank of Lieutenant Colonel. He served on the executive staff of the Army’s Station Hospital, Fort Huachuca, Arizona, and shipped out to Liberia in 1942 to command a station hospital as senior surgeon in the United States Army Medical Corps. He remained in Liberia to direct the United States Public Health Mission for malaria control. While there he found time to construct and operate that nation’s first radio station, launched other profitable businesses including hotels and restaurants, and continued doing public health work for the Liberian government.

West died in an automobile accident in Kumasi, Ghana, on February 22, 1960. He was survived by his German wife, two daughters, and a son.