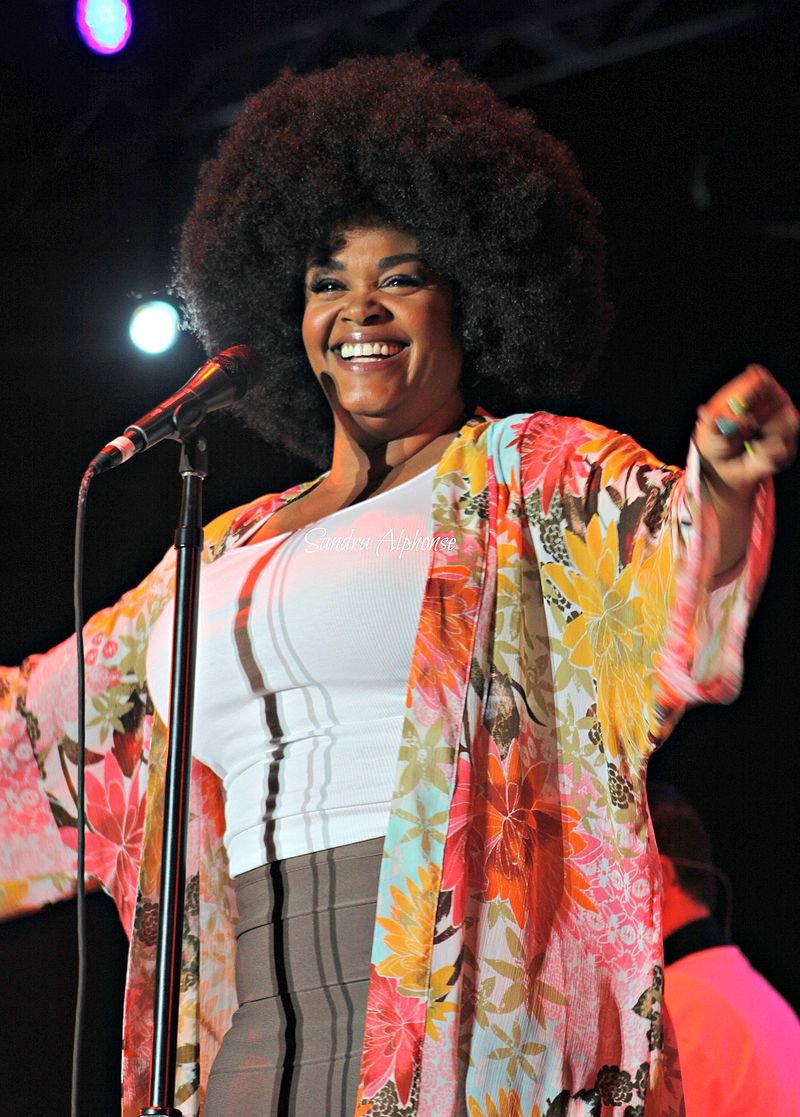 Often called the Queen of Neo-Soul, R&B lyricist, vocalist, poet, actor, and social activist Jill Heather Scott was born on April 4, 1972, in Philadelphia, Pennsylvania, to the single mother, Joyce Scott. She graduated from the Philadelphia High School for Girls in 1990. Afterward, Scott enrolled at Temple University where she was an English Studies major. She left after her sophomore year.

Ten years later Scott had already launched a recording career and in 2000, she was nominated for a Grammy as the “Best New Artist of 2000.” Unfortunately, she was not selected. She subsequently released she released a double-platinum debut album, 2000’s Who Is Jill Scott? Words and Sounds Vol. 1 that peaked at #17 on the Billboard 200, bringing her unique brand of R&B and spoken word to a mainstream audience. The single “A Long Walk” peaked at #43, and “Gettin in the Way” reached #15 on the Billboard Hot 100 and was particularly popular in Great Britain.

In 2001, Scott was named one of People magazine’s “50 Most Beautiful People.” Later that year she married Lyzel Williams, a Washington, D.C. graphic artist but there were no children. In 2005, she finally won her first Grammy for Best Urban/Alternative R&B Performance for “Cross My Mind.” She also established herself as an author in 2005, releasing her first book of poetry, The Moments, The Minutes, The Hours.

Jill Scott first became known as an actor in 2007 when she appeared as “Shelia” in Tyler Perry’s film Why Did I Get Married. She also collaborated that year with George Benson and Al Jarreau on “God Bless the Child’,” helping them win the 2007 Grammy Award for “Best Traditional R&B Vocal Performance.”  In 2008, she landed her first starring role when she appeared in the HBO produced, “The No. 1 Ladies’ Detective Agency.” She also gave birth in 2009 to Jett Hamilton Roberts, the son of John Roberts, a Philadelphia jazz and R&B percussionist. Tyler Perry invited Scott to return for the 2010 sequel, Why Did I Get Married Too.

Temple University, her Alma Mater, awarded Scott an honorary Doctor of Humane Letters degree in 2014 for adding to the vast body of knowledge in music and theater and her philanthropic contributions to youth in underserving areas of her hometown. The following year (2015) Scott released the album, Woman, through Blues Babe Records and Atlantic Records. It debuted at #1 on the Billboard 200. On June 25, 2016, Scott and Mike Dobson were married in Las Vegas, Nevada.

In 2020, Scott embarked on another new venture when she introduced “Jill Scott Presents: Jill the Podcast” which premiered globally through the iHeartRadio Original Podcast. Her podcast topics encompassed conversations about business, sports, spirituality, technology entertainment, and family and was directed specifically to Black women who in her view, influenced culture and uplifted sisterhood.