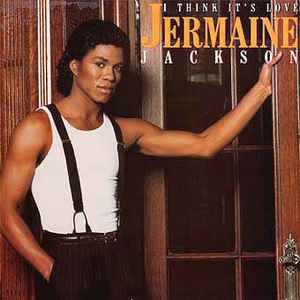 Bass guitarist, vocalist Jermaine LaJuane Jackson was born on December 11, 1954, in Gary, Indiana, to Joseph Walter Jackson, a steelworker and manager of the family’s band from Fountain Hill, Arkansas, and Kattie B. Screws Jackson, a homemaker from Clayton, Alabama. He is the fourth child of nine children.

In 1967, Jermaine and his brothers signed as The Jackson Five with Gordon Keith of Steeltown Records. The first single, “Big Boy,” was released in 1968 and was only played on local radio stations in northern Indiana and Chicago, Illinois.

Jermaine led several of the songs for the family’s organized ensemble, The Jackson Five and featured in “I’ll Be There” that peaked at #4 on Billboard Hot 100 in 1970 and remained on the charts for 20 weeks and “I Want You Back” that reached #2 and stayed up for 13 weeks that same year. Both singles sold more than one million copies.

Jermaine always wanted an independent performing life from his siblings. So, in 1972, when his brothers left Motown and signed a contract with CBS Records, Jermaine gladly remained with Motown for a solo career. However, after graduating from Birmingham High School in Los Angeles, California, in 1973 and marrying Hazel Gordy on December 15, 1973, he left the Jackson Five. He became a solo act with Motown Records, founded by his wife’s father Berry Gordy in 1959. Jermain and Hazel had three children.

In the 1980s, Jermaine produced five albums. Let’s Get Serious (1980), peaking #6 was the most successful, it reached #44 on the pop chart and was nominated for a Grammy Award. The second album, Jermaine (1981) reached #44 as well.  His 1982 album, Let Me Tickle Your Fancy, peaked at #46. The album, Jermaine Jackson (1984) reached #19 when he re-joined the Jacksons temporarily to perform during their 55-concert Victory tour. In 1986, Precious Moments peaked at #46. Two years later he divorced Hazel Gordy.

In 1991, Jermaine released the single song “Word to the Badd” which peaked at #78 on the Billboard Pop chart. On March 18, 1995, he secretly married Alejandra Oaziaza, who has two children with his brother Randy. The couple had three additional children before divorcing in 2003. A year later, on March 4, 2004, he married Halima Rashid in a mosque in Los Angeles. They divorced in 2016.

Jermaine Jackson performed two solo concerts in 2010 at the 5th Kanilai International Festival in Banjul, Gambia. In 2017, he was performing on the televised MAX Proms New Year’s Eve Show in South Kensington, London, England. In 2019, Jermaine LaJuane Jackson performed at the World Heritage Yakushi-ji Temple in Nara, Japan, and at the Blue Note Tokyo with four shows.