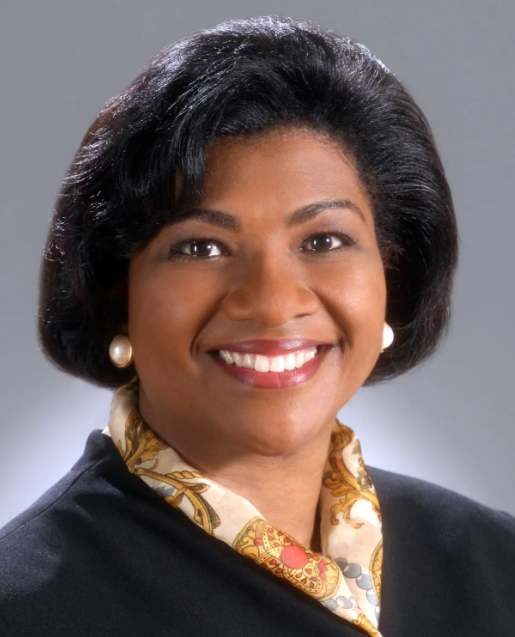 Jennette Bradley is a former bank executive and Republican politician who became the first African American woman to be elected lieutenant governor of Ohio in 2002. Bradley was born in Columbus, Ohio, on October 2, 1952. Upon finishing East High School in Columbus, she enrolled in Wittenberg University in Springfield, Ohio in 1970, where she majored in psychology. She graduated from Wittenberg in 1974 and later became a member of the board of trustees.

After graduation, Bradley worked for the Columbus Metropolitan Housing Authority.  In 1980, at age twenty-eight, Bradley became the youngest person–and the first African American woman–executive director. In 1989, she took a position as senior vice president at Huntington National Bank in Columbus. She married communications consultant Michael Taylor in 1990.

In 1991, Bradley entered politics and became the first African American woman to be elected to the Columbus City Council. Well-known in the Ohio capital city, Governor Robert Taft asked Bradley to be his running mate when he ran for re-election in 2002. Although there was some criticism in GOP circles that Bradley was too liberal, the Taft-Bradley ticket defeated the Democratic opposition in November. On January 13, 2003, Jennette Bradley was inaugurated as the 62nd  Lt. Governor of Ohio, becoming one of the highest-ranking Black Republicans in the nation. In September 2004, she gained national exposure when she announced Ohio’s delegate vote for President George W. Bush at the Republican National Convention.

In January 2005, Gov. Taft appointed Jennettte Bradley to be Ohio State Treasurer after the previous office holder resigned. In the next election cycle, Bradley was defeated in the Republican primary in 2006. She returned to private life in 2007 and has occasionally consulted for the Columbus City Council.