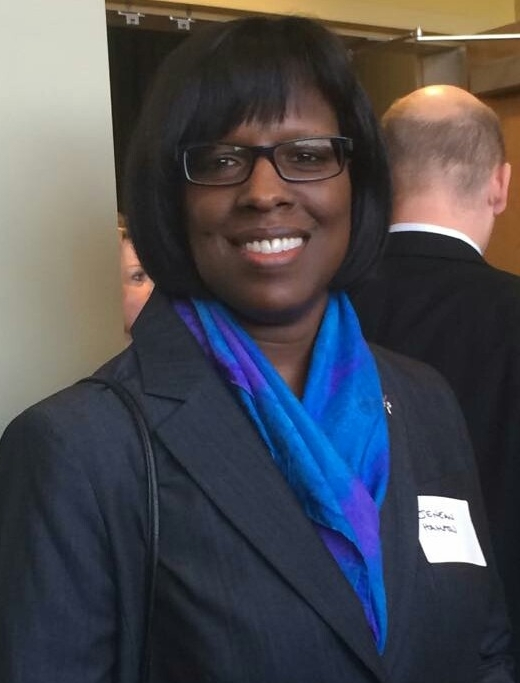 Jenean Hampton, at the age of fifty-eight, became the first statewide, black, elected official in Kentucky’s history when she was elected lieutenant governor on November 3, 2015. Hampton ran on the Republican Party ticket headed by GOP gubernatorial candidate Matt Bevin who was also swept into office. Hampton is one of the most prominent members of a small number of black Americans who are involved in the anti-establishment “tea party” movement. The 2015 campaign was her second attempt at public office. In 2014 Hampton challenged incumbent Democratic State Representative Jody Richards and lost. She did, however, come to the attention of a number of prominent GOP state party leaders, and most notably, she gained the endorsement of U.S. Senator Rand Paul (R-KY).

Born on May 12, 1958, in inner-city Detroit, Michigan, to single mother Marie Hampton, Jenean Hampton early in her life vowed she would never live a life in poverty as did her parents. Her father, Donald Hampton, left the family in 1965 after divorcing Marie. He worked in the Detroit auto industry. Jenean Hampton decided, however, to join the U.S. Air Force and not follow in her father’s footsteps. She served in Operation Desert Storm in Saudi Arabia in 1992 as a captain but left the Air Force afterward to work for nineteen years in the corrugated packing industry. While working full time, Hampton earned an MBA from the University of Rochester with concentrations in marketing, entrepreneurship, and electronic commerce.

In 2001 Hampton married Dr. Doyle Isaak, who also had served in the U. S. Air Force. Hampton is a devoted Baptist, a member of the American Legion, the Civil Air Patrol, and the Bowling Green Women’s Club. Although raised in a liberal household, she became a Republican in the 1980s after forming a strong emotional connection with President Ronald Reagan’s ideals and optimism. Her mother also became a Republican partly because of Hampton’s conversion, but up until his death, her father never accepted her conservative political views.

Hampton considers herself a supporter of constitutionally limited government and a grassroots conservative. She is said to have cheered when Speaker of the House John Boehner resigned on September 25, 2015. Following that resignation, she said, “In some instances, the Republican Party as a whole has strayed from its own roots, (strayed from) its own platform.” Hampton, who is very popular among black conservatives nationally, has been considered a bridge between the GOP and African Americans.

Hampton’s 2015 campaign for lieutenant governor highlighted her anti-establishment background, hoping this would align her with an overwhelmingly white and conservative Kentucky electorate. Her slogan “I’m Just Jenean” was designed to make her attractive to those voters including many who had never voted for a black candidate in a statewide contest.

Hampton’s inexperience in the political arena, however, did cause controversy. She claimed, for example, that the federal Head Start program was used to “indoctrinate” children without ever clarifying what she meant. Even with such mistakes, Hampton remained an appealing candidate, winning 52 percent of the vote over her Democratic opponent, State Representative Sannie Overly (43 percent).