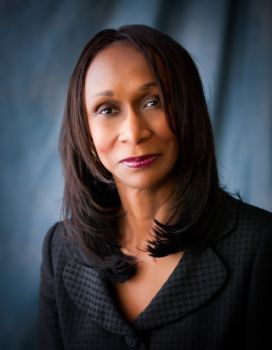 In 1994 Dr. Carolyn Jefferson-Jenkins of Colorado Springs, Colorado, was elected the first African American president of the National League of Women Voters.  She became at that time the 15th president of the League in its 74 year history. A native of Ohio, Dr. Carolyn Jefferson-Jenkins majored in Social Science and Education at Western College for Women in Ohio and received her Master’s in Education in Administration and Supervision from John Carroll University in Ohio. She then obtained her Ph.D. in Urban Education and Administration from Cleveland State University in 1991. Jefferson-Jenkins began her career as a public school teacher and administrator in 1974.  She joined the League in 1982.

Jefferson-Jenkins headed the largest nonpartisan citizen organization in the United States.  At the time of her presidency there were more than 120,000 members in all 50 states. The organization’s main purpose was, and is, to educate voters about candidates and issues so that they can make wise, informed decisions at the ballot box.  Jefferson-Jenkins promoted the League’s strength as a grassroots organization with membership through 1,100 local leagues and called for the organization to return to its focus on local elections.  It was there, at the local level, she argued that the League could most effectively carry out its programs.

Jefferson-Jenkins also placed high priority on increasing the number of voters who regularly participate in the electoral process.  Noting the steady decline over the past half century in political participation especially in the presidential elections, she placed an emphasis on voter registration.  She led the League of Women Voters’ 1996 “Get Out the Vote Campaign” which registered more than 50,000 new voters.   Jefferson-Jenkins especially promoted registration among women and people of color and members from both groups to run for office.

In the last year of her presidency, 1998, Jefferson-Jenkins promoted the Wired for Democracy project, one of the earliest efforts to increase citizen participation particularly among the young via the newly developed Internet. The League under Jefferson-Jenkins also worked for campaign finance reform and health care particularly for underserved populations.

In 1998 Jefferson-Jenkins became chair of the League of Women Voters Education Fund, a post she held until 2002.  Beginning in 2002 she participated in democracy building efforts in Argentina, Uruguay, Brazil, the Netherlands, Israel, and eight African countries through her work with non-governmental organizations (NGOs) in these nations.   She also serves on the Board of the Women Ambassadors Program at Howard University in Washington, D.C. and in 2010 she was named to the Board of the Colorado Judicial Institute.

Jefferson-Jenkins is the author of The Road to Black Suffrage and One Man One Vote: The History of the African-American Vote in the United States. She has also contributed to numerous journals and books on election reform.