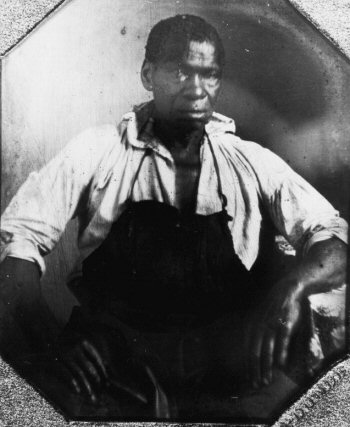 Isaac Jefferson, a slave of the third President of the United States, was born in December 1775 in Monticello, on the Thomas Jefferson plantation in Virginia. His family was an important part of the Monticello labor force. His father, Great George, was the only enslaved person on the Jefferson plantation to rise from foreman to overseer. His mother, Ursula, was requested by Thomas Jefferson’s wife Martha because of her trustworthiness. Young Isaac Jefferson helped his mother and father by carrying wood and making fires. As he got older he was trained as a blacksmith.

Isaac Jefferson did not accompany the President when he served in Washington between 1801 and 1809.  He did help care for Jefferson when the President retired to Monticello and continued in that capacity until Thomas Jefferson died in 1826.  Little is known of Isaac Jefferson until the late 1840s when Charles Campbell, a Petersburg teacher edited Memoirs of a Monticello Slave, As Dictated to Charles Campbell in the 1840s by Isaac, one of Thomas Jefferson’s Slaves.  The manuscript became one of the best known and most authentic of the antebellum slave narratives and provided valuable information about the former President.