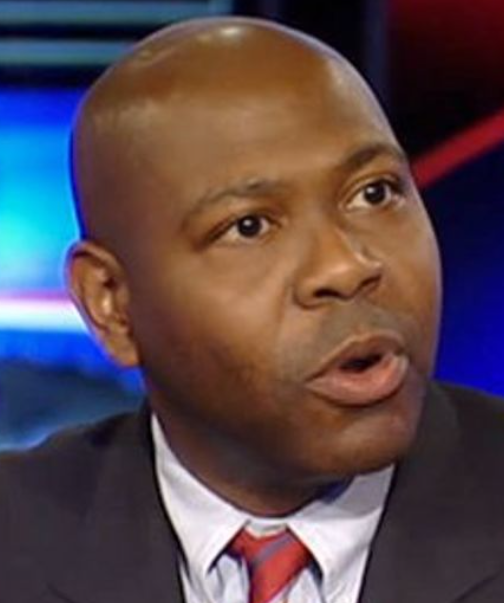 Jason L. Riley is a senior fellow at the conservative Manhattan Institute, a columnist, and member of the editorial board at the Wall Street Journal, a Fox News commentator, and a frequent contributor to National Review. Riley has authored two very popular books on the subject of politics and race. Let Them In: The Case for Open Borders (2008) allowed Riley to set himself apart from almost all other conservatives with his persuasive argument for a more open U.S. immigration policy. His argument was based upon his consistent support for globalization and capitalism, and the vital role that immigration plays both contexts. The book was applauded for its ease in readability, along with the effectiveness in which it counters common misconceptions about the impact of immigration.

His second book, Please Stop Helping Us: How Liberals Make It Harder for Blacks to Succeed (2014), examined social welfare policies and programs designed to promote black advancement. Please Stop Helping Us has been highly applauded by Republicans and conservatives as a thoughtful and highly readable work that illustrates the failure of more than half a century of liberal policies designed ostensibly to promote black economic development and more effective political and social integration that have instead made the community more isolated and marginalized. Please Stop Helping Us was praised by Thomas Sowell, the famous conservative African American economist. However, not everyone was pleased with Riley’s views on black America, including fellow conservative and New York Times Book Review critic Orlando Patterson who attacked the book as “thoroughly misinformed.”  Not surprisingly, his work has been heavily criticized by liberal Democrats.

Riley was born on July 8, 1971, in Buffalo, New York, where he earned a bachelor’s degree in English from SUNY Buffalo. His father, Lee Riley, was a social worker in Buffalo, and his mother, Ola Riley, was a public school teacher’s aide in Buffalo. Jason Riley’s parents divorced while he was a child. Prior to joining the Wall Street Journal as a copyreader in 1994, Riley worked for the Buffalo News and USA Today. In 2005 Riley joined the Wall Street Journal editorial board where he frequently writes editorials focusing on the impact of public policy on the African American community.

Jason Riley said in a televised interview on the Fox News program The Foxhole on July 14, 2015, that he is frequently subject to name calling. Common slurs used against him included “self-hating” and “Uncle Tom.” It was not specified whether these comments come from the African American community solely or from liberals who disagree with Riley’s opinions. It is important to note, however, that in a 2014 interview with ReasonTV, Riley stated his strong support for the Civil Rights Movement and historical black American figures.