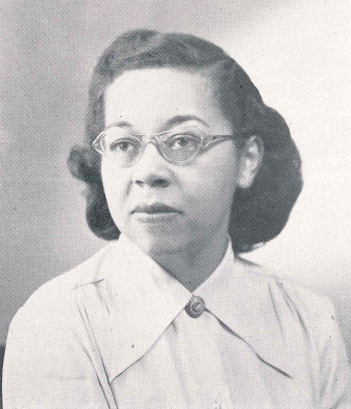 Research scientist Jane Hinton was born on May 1, 1919 in Canton, Massachusetts. Her mother, Ada (Hawes) Hinton, was a former teacher, and her father, William Augustus Hinton, was a bacteriologist and one of the most prominent African American medical researchers of his era. In the 1920s, he developed a test for syphilis that was widely used until newer methods were developed after World War II. Augustus Hinton was the first African American to teach at Harvard Medical School and to write a medical textbook.

When she was six, Jane’s parents sent her and her sister to school in several countries Europe to ensure that they would have the best education available to black students at the time. Hinton returned to the United States in 1928, graduating from the high school at Montpelier Seminary in Vermont in 1935. She then enrolled at Simmons College in Boston, Massachusetts where she earned a bachelor’s degree in 1939.

After her graduation, Hinton worked in her father’s laboratory and as an assistant to John Howard Mueller in Harvard University’s Department of Bacteriology and Immunology. There, she helped develop the Mueller-Hinton agar, a culture medium in which bacteria can thrive. It has become one of the standard methods used to test bacterial resistance to antibiotics.

From 1942 to 1945, Hinton worked as a medical technician in Arizona for the U.S. War Department. After World War II ended Hinton decided she wanted to be a veterinarian and enrolled in the School of Veterinary Medicine at the University of Pennsylvania. She was class historian and class secretary, graduating with her Doctor of Veterinary Medicine (VMD) in 1949. That year, Alfreda Johnson Webb also gained her VMD, from Tuskegee University. They were the first two African-American women veterinarians in the nation.

After qualifying, Hinton worked as a small animal veterinarian back in Canton, Massachusetts until 1955. That year she joined the Department of Agriculture as a federal government inspector in Framingham, Massachusetts involved in research and response to outbreaks of disease in livestock. She retired about five years later in 1960 at the relatively early age of 41 and spent the rest of her life, caring for a garden and a variety of pets at her home. Jane Hinton never married. She died on April 9, 2003, a few weeks before her 84th birthday.