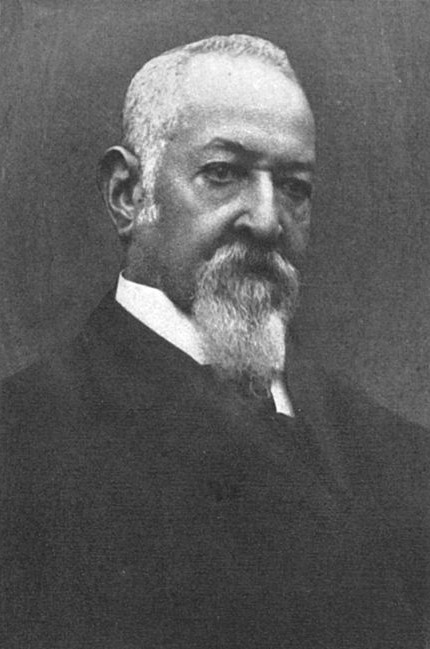 James Lewis was born free on September 11 in either 1832 or 1833 in Woodville, Mississippi. Early in his life, he worked on steamboats that traveled between New Orleans and St. Louis. Later in life, Lewis recalled how he would use passes issued to him as a cabin boy to help enslaved people to escape North.

At the beginning of the Civil War, Lewis was a steward on a Confederate transport steamer. After hearing about the Emancipation Proclamation, he in 1863 traveled to Union-occupied New Orleans and got permission to recruit African American men into the Union Army. Lewis was appointed captain of one of the companies that he had raised but resigned his commission in 1864 when Union General Nathaniel Banks began the process of purging Black officers in Louisiana from the Army.

In 1865 Lewis began working for the Freedmen’s Bureau opening schools. He then joined the New Orleans police force, reaching the rank of captain within a year. In 1870, he won election as administrator of the police force and two years later he defeated former Confederate General P.G.T. Beauregard in an election for the position of administrator of public improvements for New Orleans.

Lewis was a strident voice for the rights of African Americans and maintained this stance even as Reconstruction was under attack. When Democrats sought to create a coalition with southern Black Republicans in 1873, Lewis came together with other prominent African Americans to declare that “unification” would only happen when Black people were given full recognition of their civil and political rights.

Even after Reconstruction ended in Louisiana, Lewis continued to be a force in state Republican Party politics. He was a regular delegate to the Republican National Conventions of that era and he regularly received patronage appointments from Republican presidents. When Rutherford B. Hayes became president in 1877, he appointed Lewis as the Naval Officer at the Port of New Orleans in 1877, an office he held until 1880.

Lewis was appointed U.S. Surveyor General in Louisiana under President Chester A. Arthur and then held the position again under presidents William McKinley and Theodore Roosevelt. Lewis also held the position of Inspector of Immigration in New Orleans during Benjamin Harrison’s presidency.

Lewis took great pride in his Civil War service. When the Grand Army of the Republic (GAR), the leading organization for Union Civil War veterans, refused to admit African American veterans, Lewis pushed for admission for himself and for the thousands of other Louisiana black soldiers who had served in the Union Army during the Civil War. In 1890, African American soldiers in Louisiana were finally given the right to organize their own chapter. Lewis served as Department Commander of the GAR for Louisiana and Mississippi.