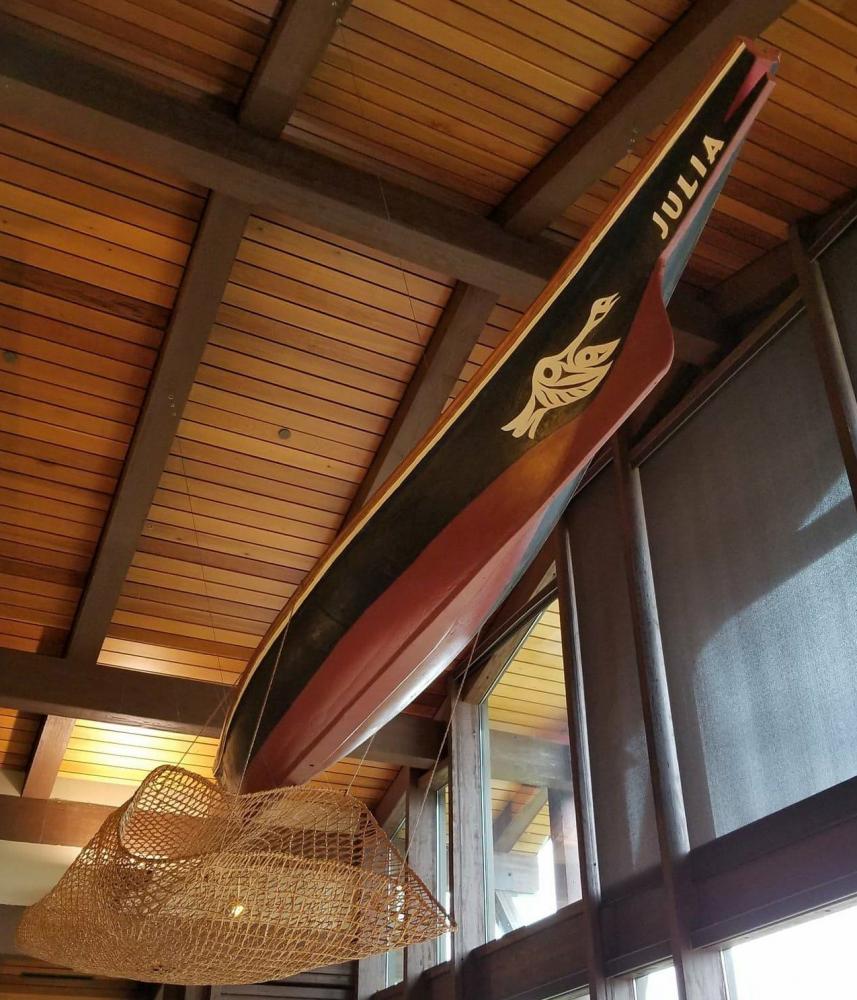 Julia Jacobs was an important culture bearer for the Suquamish Tribe, now located on the Port Madison Indian Reservation, in Washington State. Although Chief Seattle (Sealth) for whom the city of Seattle is named, is the most famous member of the tribe, many of the current members and descendants of the Suquamish Tribe can trace their lineage back to Julia Jacobs. She was born in 1874 aboard a Portuguese ship in the Puget Sound Region to an enslaved woman. Her mother died during Julia’s birth and her father, possibly a cook on board, could not keep her. The last chief of the Suquamish Tribe, Chief Jacob Wahalchu, and his wife, Mary, adopted the baby and raised her as their own.

Julia Jacobs was taught tribal traditions from her parents, Jacob and Mary. She was fluent in Lushootseed, the language of the Suquamish Tribe and many other Puget Sound tribes. She attended the Tulalip Indian Boarding School near Priest Point, Washington alongside other Native American children in the area, where she, like the others enrolled, was unable to practice her Suquamish traditions. Despite the contributions Julia Jacobs made to the continuation of Suquamish culture, through an era of assimilation, she is not recognized on the tribal rolls of the Suquamish Tribe. Nonetheless, she played a key role in preserving the culture.

Jacobs’s granddaughter Evelynne Gemmell told stories of how Julia Jacobs and her mother, Edith Alexis, would put all the children in a canoe and pull from Indianola to Suquamish to attend church at St. Peter’s Mission. Her grandchildren have fond memories of their grandmother and saw her as another Suquamish woman.

In 2011, the Northwest African American History Museum had an exhibit documenting this history that was attended by the descendants of Jacobs. Her granddaughter, Marilyn Wandry, recalls that she was just Indian in every way but her appearance, she was Suquamish and that was the only culture she ever knew.

Julia Jacobs passed away in 1960 at the age of 86 and was laid to rest in Suquamish, next to her father, Jacob Wahalchu, and her mother, Mary Wahalchu. She has since been joined by her granddaughter, Evelynne Gemmell. Julia Jacobs showcases the diversity of tribal histories and identities.