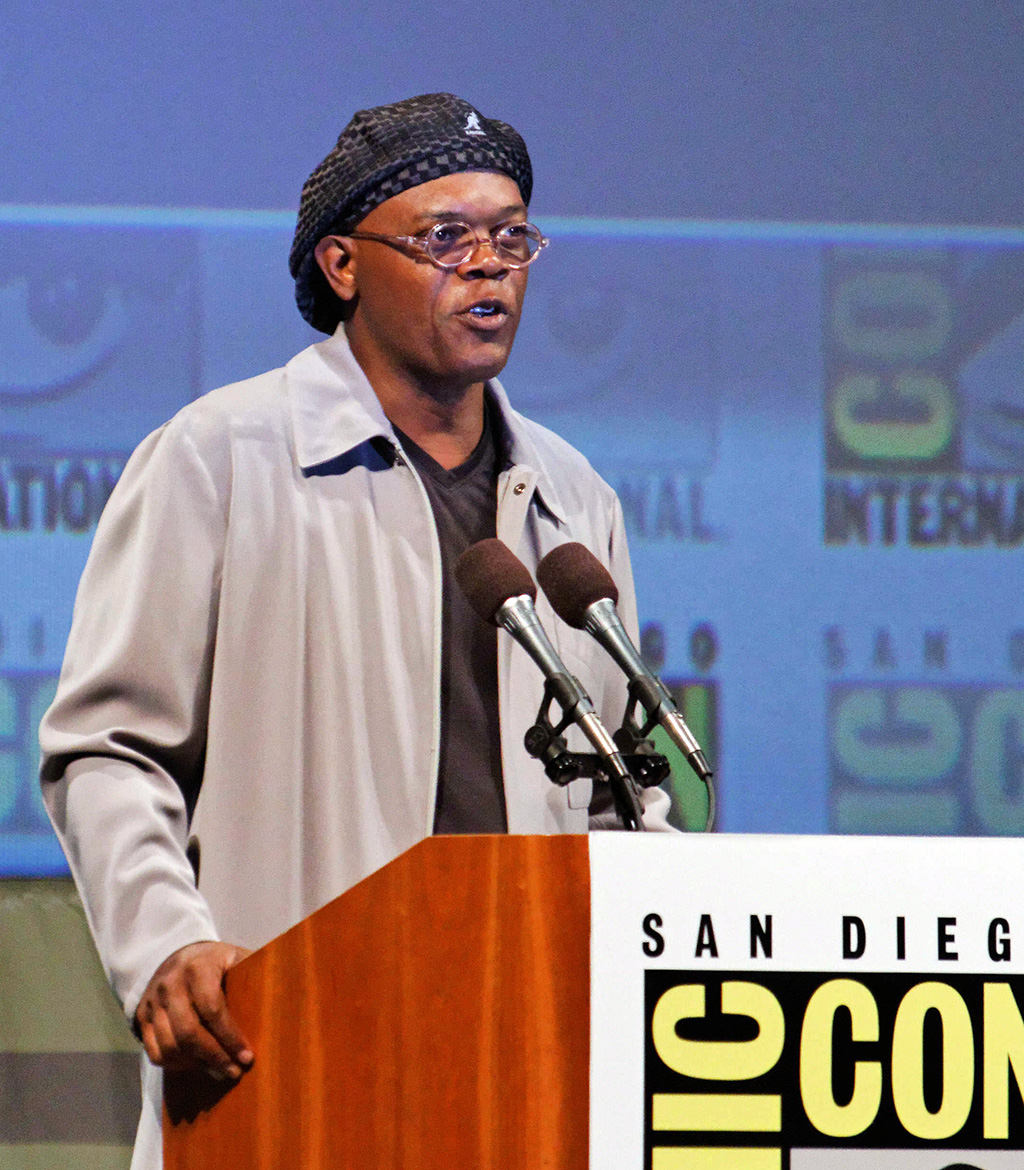 Actor Samuel Leroy Jackson was born on December 21, 1948 in Washington, D.C. to factory worker Elizabeth Jackson. His father abandoned his mother shortly after Jackson’s birth and then died of alcoholism. Jackson and his mother moved to Chattanooga, Tennessee, where they lived with her family. Jackson attended Riverside High School and played the trumpet and the French horn until graduating.

Jackson attended Morehouse College in Atlanta, majoring in dramatic arts. He founded the Just Us Theater while attending Morehouse, and in 1968 he was an usher at the funeral of Martin Luther King Jr.  In 1969 Jackson and several other students held the members of the Morehouse Board of Trustees hostage on campus until they agreed to administrative and curriculum changes. An agreement was made but Jackson was forced to leave Morehouse for two years. He returned and graduated in 1972.

While in Atlanta Jackson was involved with the Black Power movement and worked with Stokely Carmichael, H. Rap Brown, and movement leaders.  He also joined the Black Image Theater Company which performed plays illustrating racial injustice and discrimination. Jackson met his future wife, Latanya Richardson, at the Company, and the two were married in 1980. The two had a daughter (Zoe) in 1982.

In 1976 Jackson moved to Harlem in New York City to pursue stage acting. In 1981 he landed a role in Charles Fuller’s Pulitzer Prize winning play A Soldier’s Play, where he met director Spike Lee. In the late 1980s and early 1990s Jackson acted in number of films including Coming to America (1988), School Daze (1988), and Goodfellas (1991) before entering rehabilitation for an alcohol and crack cocaine addiction. Following his release, he starred in Spike Lee’s Jungle Fever (1991), for which he won the Cannes Film Festival award for “Best Supporting Actor” and a New York Film Critics Award. Jackson claims that this opportunity came right when he was seriously considering a career in stand up comedy instead of film acting.

Jackson’s portrayal of “Jules Winnfield” in Quentin Tarantino’s 1994 film Pulp Fiction is widely considered his breakout role, and he was nominated for best supporting actor for the role at the Academy Awards and the Golden Globes. He went on to play in a variety of roles and movies, and stage plays. In 2011 the Guinness Book of World Records named Jackson the highest grossing actor of all time with approximately $7.2 billion dollars in earnings.  Most of the earnings came from box-office hits such as Pulp Fiction, Jurassic Park, and the Star Wars prequel trilogy.