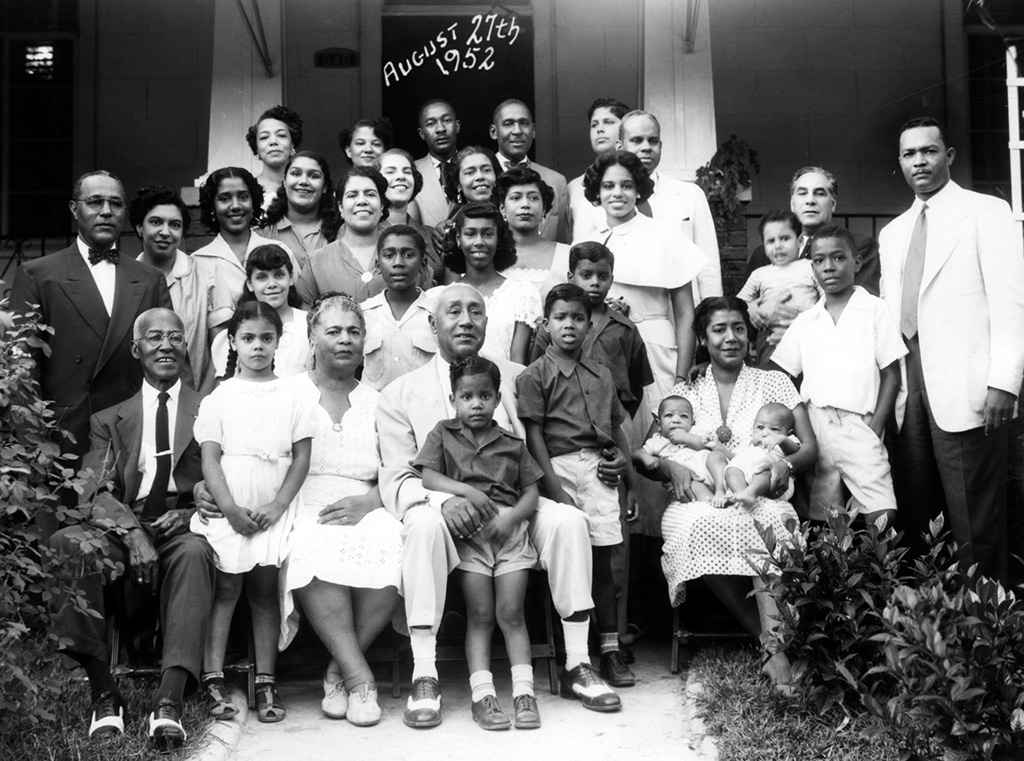 Rev. Dr. Maynard Holbrook Jackson, Sr. carried on two family traditions: preaching and politics.  The son of Alexander Stephens Jackson, a Baptist minister from New Orleans, and Odalie Alice Morse Jackson.  Jackson was born into New Orleans’s Negro-Creole Society on May 3, 1894. Like his father, he decided to become a minister. However, unlike most preachers at that time, he took formal training at Northwestern University’s Garrett School of Divinity in Evanston, Illinois. Jackson also spent his early adult years surveying missionaries in Africa on behalf of the Foreign Mission Board and briefly modeling menswear for the Chicago retailer, Hart Schaffner & Marx.

In 1932, while a student at Morehouse College, Jackson met Spelman College’s valedictorian, Irene Dobbs. Within a year they were married and had their first child. The couple’s six children included Maynard H. Jackson, Jr., who would become Atlanta’s first African American mayor.

Jackson took over as pastor for New Hope Baptist Church in Dallas, Texas when his father, the previous pastor, passed in 1933. He became very active in Dallas’ black community in the 1930s, editing the Dallas Express, a black newspaper, serving as the executive secretary of the Negro Chamber of Commerce of Dallas, and along with Antonio Maceo Smith, helping to form the Dallas Progressive Voters League in 1936, a organization dedicated to registering and mobilizing African American voters in the city.

In 1944 Jackson waged the first campaign by an African American for the post of chair of the Dallas Independent School Board of Education. His platform centered on improving black schools and equalizing teacher salaries based on tenure and performance. Jackson’s campaign generated considerable opposition among Dallas’ white voters and after a consequent threat on Irene’s life, Jackson campaigned with bodyguards.  Although he lost the election, Jackson’s campaign encouraged additional black voter registration and placed the issue of segregated schools before the city’s leaders.

In 1945 the Jacksons moved to Atlanta, where Maynard Sr. became pastor of Friendship Baptist, one of the most prominent African American churches in the city. Despite power struggles and doctrinal conflicts within Friendship Baptist, the church grew under his guidance and Jackson subsequently became a community leader. He served on a local interracial commission, organized the Atlanta Open Forum to increase political participation, and advocated for programs that would help impoverished children in nearby slums.  He also was active in the Morehouse College alumni association and was a member of Sigma Pi Phi fraternity.

In 1952, a white Atlanta policeman’s motorcycle collided with Jackson’s car, effectively severing the policeman’s foot. The violent scene and the shock of litigation afterward (though most accounts put the officer squarely to blame) changed Jackson. He became randomly angry or despondent for the first time in his life, more irritable at home and more defensive at church. His last sermon was in autumn of that year, after which his health rapidly deteriorated until his death on June 27, 1953 at the age of 59.