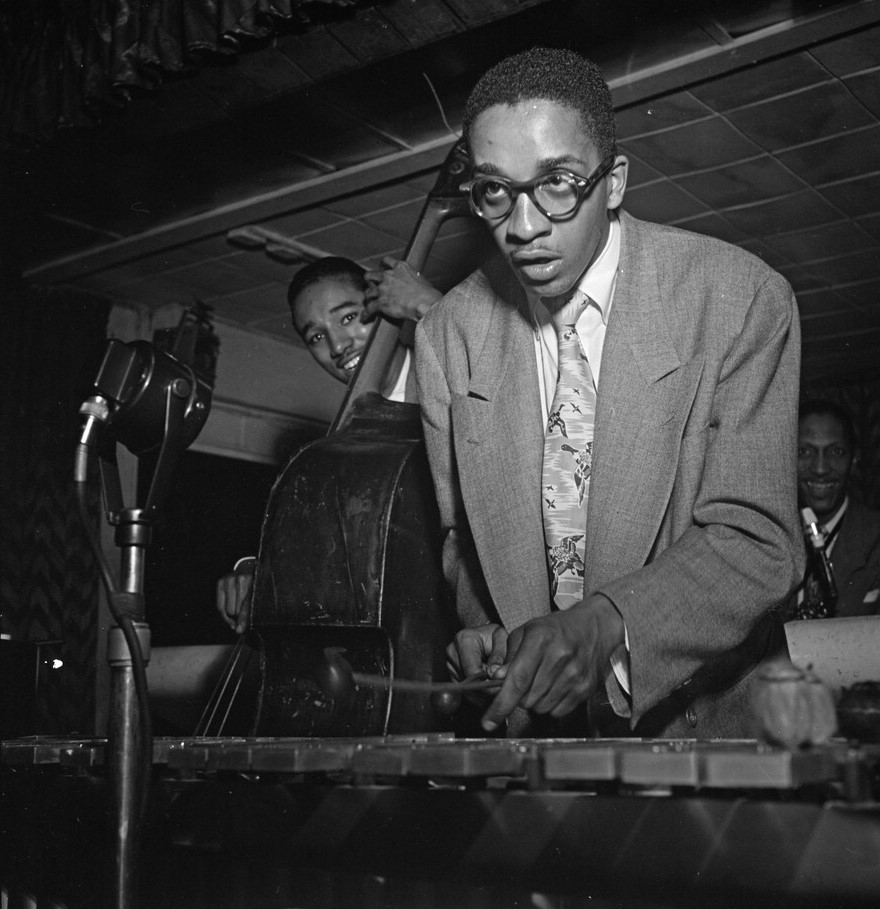 Milton Jackson, also known as Milt or Bags because of the bags under his eyes, the leader of the Modern Jazz Quartet, was born on January 1, 1923, in Detroit, Michigan, to Manley Jackson and Lillie Beaty Jackson. He started playing the guitar at the young age of seven and then picked up the piano at age eleven. During his teenage years, he began playing the xylophone and vibraphone.

In his first public performance, he sang tenor as a member of a touring gospel quartet, and in 1945 he played at a concert in Detroit as a part of a local jazz group where Dizzy Gillespie also played. Gillespie liked Jackson and wanted to record with him, which helped Jackson become better known. Jackson then worked with artists like Charlie Parker, Howard McGhee, Thelonious Monk, and The Woody Herman Orchestra from 1948–1949 and played in Gillespie’s sextet from 1950–1952.

As he was playing with these artists, he was also doing recordings with musicians like Lou Donaldson, Ray Brown, and Horace Silver under the name of Milt Jackson Quartet, and by the end of 1952, the group was renamed the Modern Jazz Quartet, and the group’s members were solidified with Percy Heath on bass, Connie Kay on drums, John Lewis on piano, and Jackson on vibraphone. For more than twenty years, Jackson centered his career on the Modern Jazz Quartet and became a critical part of their sound. Although he mainly focused on the Modern Jazz Quartet, he did record with other jazz artists like John Coltrane, Ray Charles, Coleman Hawkins, and Miles Davis in the 1950s as a leader or sideman. Some felt that Jackson was restricted musically in the Modern Jazz Quartet because John Lewis became the musical director in the mid-1950s. Jackson left the group in 1974 to pursue a solo career which caused the group to break up entirely; he did this because he was angry at his financial position after decades with the group.

Jackson spent the next seven years touring alone and doing performances with various local bands in cities, while also recording for Norman Granz’s Pablo Records throughout the 1970s and 1980s. In 1981 the Modern Jazz Quartet got back together for annual concert tours while Jackson continued to work on his solo career.

Over the years, Jackson has made records for many label companies such as Prestige, United Artists, Savoy, Blue Note, Atlantic, Pablo, Impulse!, Apple, Limelight, Qwest, Riverside, and Music Master. Jackson is regarded by many as one of the best vibraphonists in the history of jazz, and he wrote a number of famous jazz songs like “Bag’s Groove,” “Bluesology,” “Ralph’s New Blues” and “The Cylinder.” Jackson died of liver cancer on October 9, 1999, in New York City. He was seventy-six years old.