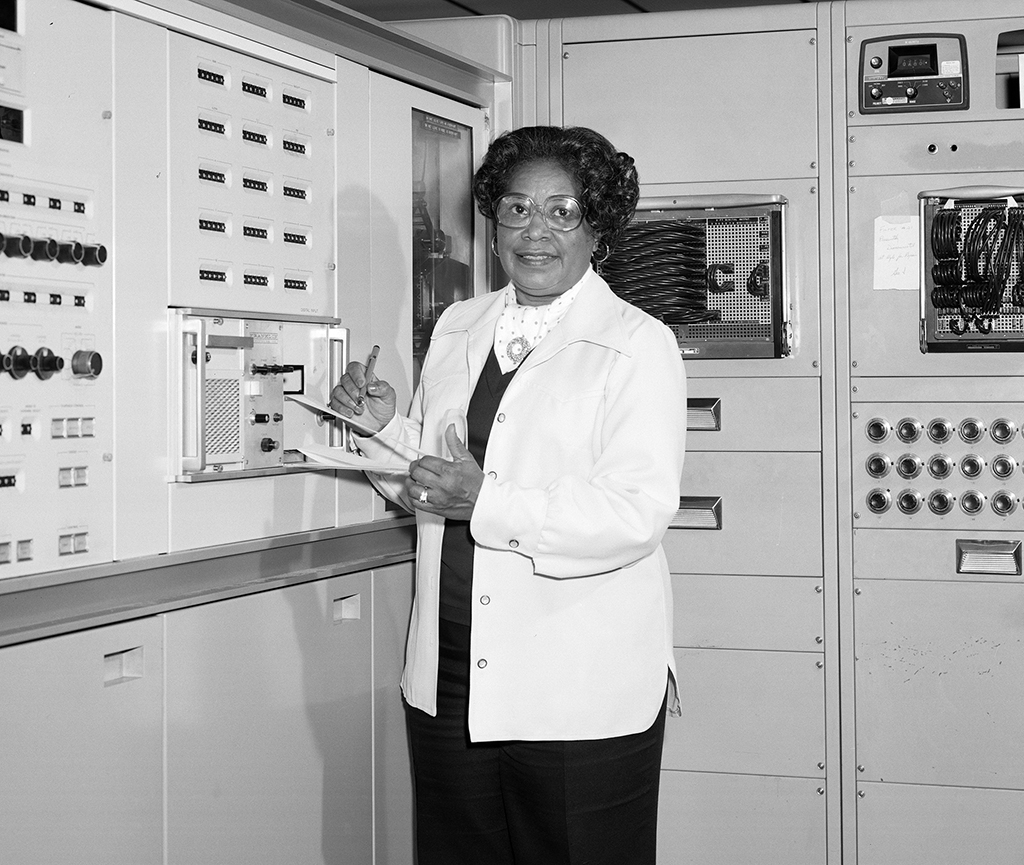 Mary Winston Jackson was an American mathematician and aerospace engineer at the National Advisory Committee for Aeronautics (NACA), which would later become the National Aeronautics and Space Administration (NASA). Jackson was born on April 9, 1921, in Hampton, Virginia, to Ella and Frank Winston. She grew up in Hampton and attended George P. Phenix High School. After graduating from high school, Jackson attended Hampton Institute (now Hampton University) located in Hampton, Virginia, where she earned her bachelor’s degrees in mathematics and political science in 1942.

After graduating from the Hampton Institute, Jackson taught briefly in public schools in Maryland. In 1943 she became a secretary and bookkeeper for the United Service Organizations (USO). She joined the National Advisory Committee for Aeronautics (NACA), which became the National Aeronautics and Space Administration (NASA) in 1951.

Jackson began her career at NACA as a research mathematician, or computer, at the Langley Research Center located in her hometown of Hampton, Virginia. In 1953 she moved to the Compressibility Research Division. After being at NASA for five years along with taking several courses, she joined a special training program and was promoted to aerospace engineer. Jackson analyzed data from wind tunnel experiments and real-world aircraft flight experiments at the Theoretical Aerodynamics Branch of the Subsonic-Transonic Aerodynamics Division at Langley. Her focus was understanding air flow, which included thrust and drag forces. A few years later, Jackson worked with the flight engineers at NASA.

While at NACA and NASA, Jackson authored or co-authored twelve technical papers for the agencies. She also helped women and minorities advance their careers to study, so they could change their titles from mathematician to engineer, which would help increase their chances of promotion at their jobs. In 1978, Jackson became a human resources administrator. She served as the Federal Women’s Program manager in the Office of Equal Opportunity (OEO), while still working at NASA until her retirement in 1985.

During her career, Jackson served on many organizations’ boards and committees, including the Girl Scouts of America. She was honored by many charitable organizations for her leadership and service. Jackson was a member Alpha Kappa Alpha Sorority.

In 2016, Jackson was featured in the film Hidden Figures, starring Taraji P. Henson, Octavia Spencer, and Janelle Monae. The film focuses on three African-American women at NACA–Katherine Johnson, Dorothy Vaughan, and Mary Winston Jackson– who calculated flight trajectories for Project Mercury and Apollo 11 in the 1960s. Jackson is portrayed by Janelle Monae in the film.