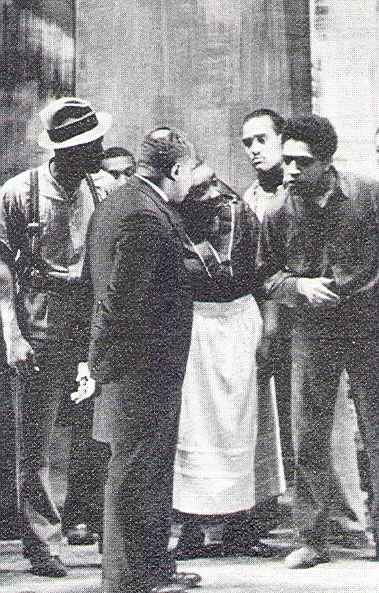 Joseph Sylvester Jackson became the first executive secretary of the newly founded Seattle Urban League when it received its charter from the national headquarters in New York in 1930.  Little is known about Jackson before 1928.  That year he graduated from Livingston College in Salisbury, North Carolina.  In September 1928 he entered the New York School of Social Work as a Fellow of the National Urban League.  He also worked  briefly at the Brooklyn Urban League.

After arriving in Seattle from New York, Jackson quickly became a “one man professional staff,” and plunged the organization into working on a number of problems facing the city’s small black community at the beginning of the Great Depression.  In his first year Jackson initiated community health and recreation programs such as Negro Health Week, the Vocational Opportunity Program, and presentations to white and Asian groups about the League and black Seattle.  In 1931 Jackson organized a black branch of the Unemployed Citizen’s League and two years later, a secretarial school.

Despite his busy schedule of Urban League activities, Jackson also took time to play the lead actor in the Seattle Negro Repertory Theater’s 1933 production of In Abraham’s Bosom at the Seattle Repertory Playhouse. Throughout the 1930s, Joseph S. Jackson accumulated statistics on the education, health, and employment of black Seattle. In 1938 Jackson lead a public campaign to remove three Seattle police officers who were accused of causing the death of Berry Lawson, a hotel waiter.  Jackson’s investigation of the Lawson incident and his public challenge to officials to act in the matter led to the prosecution of the three officers.   On June 10, 1938, the three officers were convicted of manslaughter and sentenced to twenty years in prison. In 1939, Jackson left Seattle.