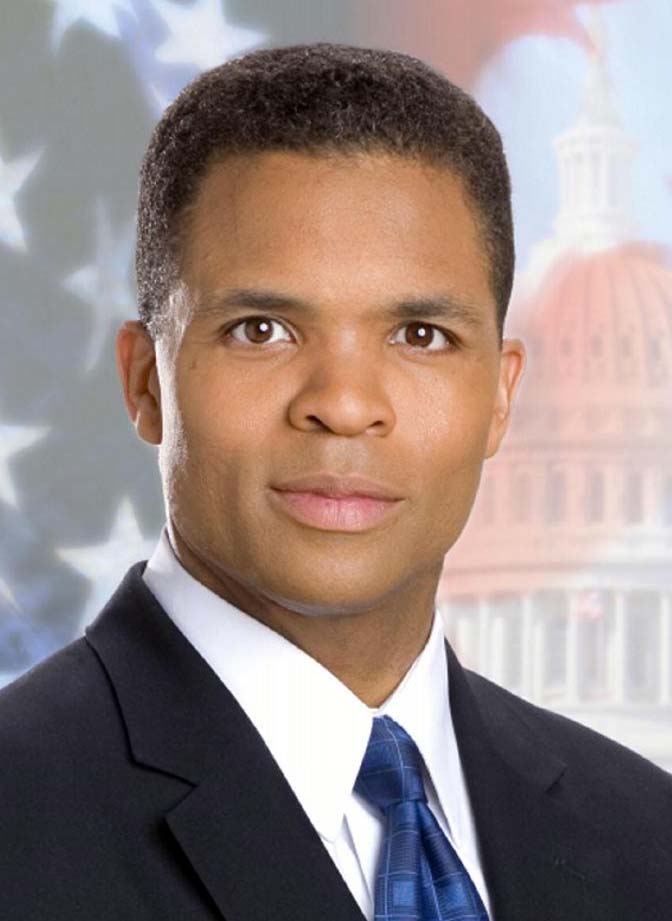 Jesse Jackson, Jr., an African American Congressman, represented Illinois’ Second Congressional District in the U.S. House of Representatives from December 12, 1995 to November 21, 2012. On March 11, 1965, in Greenville, South Carolina, in the middle of the voting rights campaign, Jesse L. Jackson, Jr. was born to renowned activist Reverend Jesse Jackson, and Jacqueline Jackson. The younger Jackson’s political career has been deeply impacted by his educational upbringing and his family’s activism.

Before his election to Congress in 1995, Jackson served as the National Rainbow Coalition’s National Field Director, registering millions of new voters.  In the 1980s he led protests against South African apartheid. In 1986, Jackson spent his 21st birthday in a jail cell in Washington, D.C. for participating in an anti-apartheid protest at the South African Embassy.

On December 12, 1995, Jesse L. Jackson, Jr. won a special election prompted by the resignation of then 2nd District Congressman Mel Reynolds who was later convicted on fraud and sexual impropriety charges.  Jackson represents a solidly Democratic district made up of Chicago’s South Side and older southern suburbs, a racially and economically diverse area.

Jackson, an early supporter of both Vermont Governor Howard Dean in 2004 and Illinois Senator Barack Obama in 2008, has been at odds with powerful Chicago mayor Richard M. Daley.  He briefly considered running for mayor of Chicago in 2007 before deciding to remain in Congress.

Until 2012, Congressman Jackson sat on the House Appropriations Committee and was Vice-Chair of the Subcommittee on State, Foreign Operations, and Related Programs; and served on the Subcommittee on Agriculture, Rural Development, Food and Drug Administration and Related Agencies. Congressman Jackson was also a member of the Congressional Black Caucus, and a founding board member of the Apollo Alliance, whose mission is energy independence and the development and use of cleaner alternative fuels.  In 2001, Jackson led a successful effort to pass legislation which created the National Center on Minority Health and Health Disparities (NCMHD).

Jesse Jackson, Jr. is married to Sandi Jackson who was the 7th Ward Alderman on the Chicago City Council before her resignation in 2012. They have two children.

Jesse Jackson, Jr., resigned from Congress on November 21, 2012, citing mental and physical health problems including bipolar disorder and clinical depression.  On February 8, 2013, he admitted to violating federal campaign law by using campaign funds to make personal purchases.  He pleaded guilty on February 20, 2013 to one count of wire and mail fraud.