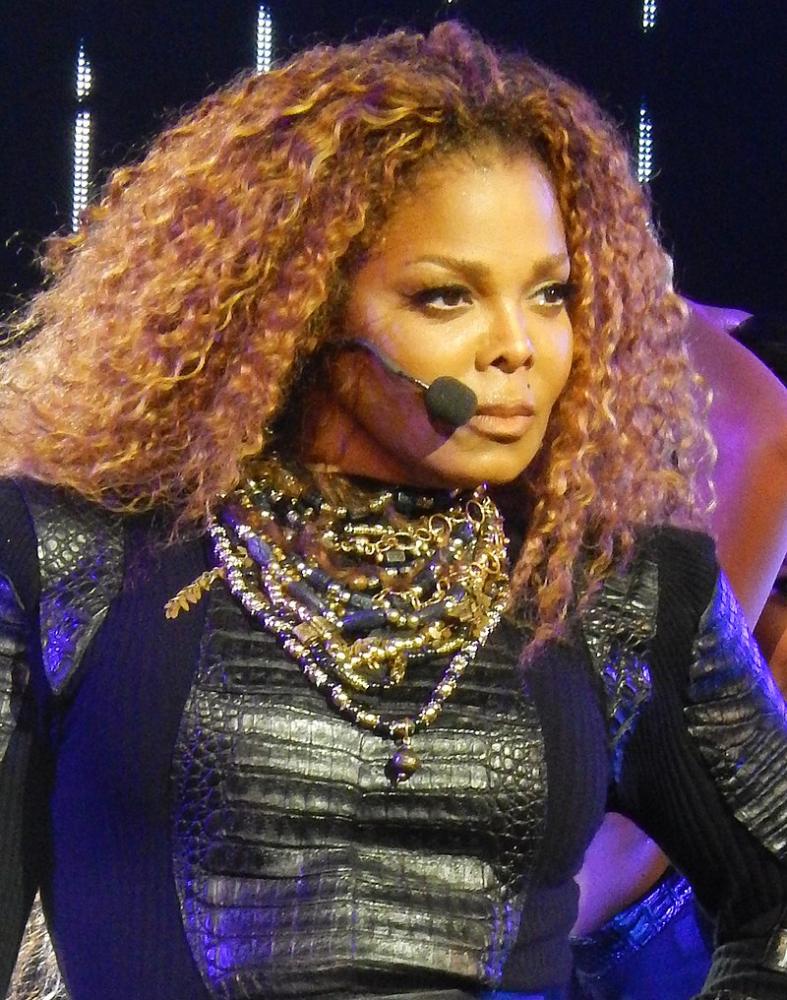 Janet Damita Jo Jackson was born May 16, 1966 to Katherine Jackson (née Scruse) and Joseph Jackson in Gary, Indiana. Janet, youngest of ten, was raised as a Jehovah’s Witness. Her oldest brothers lived in Los Angeles with her father performing as the Jackson 5, while she stayed in Indiana until 1969 with her mother and other siblings. On April 1974, at age seven, Janet appeared on stage for the first time.

Rhythm Nation 1814 made Jackson the first artist with seven top 5 hits from one album. It won three American Music Awards, sold well, and produced her first tour in 1990. Her single “Any Time, Any Place,” on the janet. album, tied her with Aretha Franklin for female soloist with the most gold singles. “That’s the Way Love Goes” earned the Best R&B Grammy. “Got ‘Till It’s Gone,” on The Velvet Rope album, was a tribute to AIDS victims and earned a music video Grammy. Her song “Runaway” was the first by a female artist to debut on the Hot 100 within the top ten. All for You had her highest career sales and hit number one on the Billboard 200. Discipline was her first album with Island Records.

In 1991, Jackson signed with Virgin Records for $32 million, the largest recording contract of the time. She and Michael Jackson produced “Scream” (1995) to help deal with his child abuse scandal; the music video won the Best Short Form Video Grammy. In 1999, she separated from boyfriend Rene Elizondo. It came out later that they were secretly married for nine years. Her career stumbled on February 1, 2004 during the Super Bowl’s halftime show, when a “wardrobe malfunction” exposed her right breast. She was blacklisted from the 2004 Grammy Awards and fired from an ABC biopic. Damita Jo, released that same year, failed to produce any Top 40 hits and was banned from MTV.

Despite the wardrobe malfunction scandal, however, Jackson was awarded the Vanguard Award at GLAAD Media Awards in 2004. After Michael’s death in 2009, she performed their song “Scream” as a tribute at the MTV Video Music Awards. Her self-help book True You: A Journey to Finding and Loving Yourself topped The New York Times best-sellers list in 2011. The following year, she quietly married Wissam Al Mana, a Qatari business mogul and moved to that country.

On May 16, 2015 she announced her tour State of the World, Unbreakable, and the launch of her own record label, Rhythm Nation. Her son, Eissa, with Al Mana, was born January 3, 2017. She divorced her allegedly abusive husband soon afterwards and returned to the United States. At the 2018 Billboard Music Awards Jackson performed “Nasty” in support of the #MeToo Movement and received the Icon Award for her decades of success.