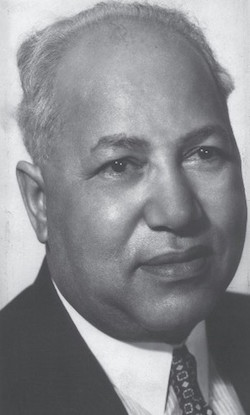 James Albert “Billboard” Jackson was a critic, reporter, editor, spokesman, actor, and booster of black entertainment. Jackson, the eldest of 14 children of Abraham V. Jackson and Nancy Lee Jackson, was born on June 20, 1878 in Bellefonte, Pennsylvania. He attended public schools in Bellefonte, but left home at a young age to pursue a career in entertainment. He married Gabrielle Hill in 1916 and they raised a son, Albert Jackson, Jr.

Jackson’s Page, which specifically discussed black entertainers in New York, Chicago, Illinois, and other cities, began on November 6, 1920s.  Soon Northern black newspapers picked up his columns and added the byline “Billboard” Jackson. His columns brought him in contact with numerous black entertainment luminaries and some Harlem Renaissance scholars credit him with having played a major role in promoting black theatricals during the Harlem Renaissance of the 1920s.

Jackson was a pioneer in a number of areas besides his role with Billboard magazine. Between 1927 and 1933 he was an advisor to the U.S. Department of Commerce on black business and entrepreneurship; in 1934 he became the first African American to work for Esso Standard Oil Company as a marketing specialist in public relations. He remained at Esso for the next 21 years. In 1940 he became the first black member of the American Marketing Association. By this point he was well connected with black and white professional, commercial, and industrial groups. While working with that group he traveled across the United States, encouraging African American commercial development and industrial training for youth.

To this day Jackson’s legacy and contributions to the business world continue through the Phi Beta Sigma Fraternity’s James “Billboard” Jackson Business Development Grants, awarded bi-annually to one undergraduate and one college graduate student for his or her creation of a business.