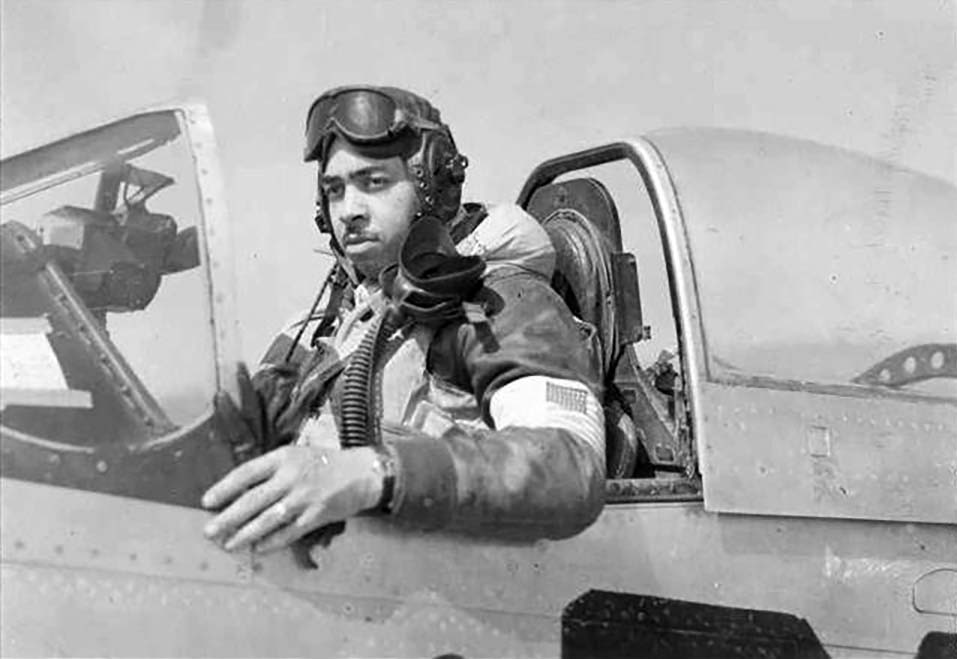 Tuskegee Airman Jack Daniels Holsclaw was born in Spokane, Washington, on March 21, 1918. His father, Charles, was a clerk in a downtown store, and his mother, Nell, was a manager at Pacific Telephone and Telegraph. Holsclaw attended North Central High School in Spokane, where he excelled both academically and athletically. When he was 15, he became the first black person in Spokane to earn the Eagle Scout badge.

Holsclaw entered Whitworth College in 1935 but transferred to Washington State College (now Washington State University) in 1936 to play baseball. Beginning in his junior year, he played center field and helped the Cougars finish as co-champions of the Northern Division, Pacific Coast Conference. He was the second African American earn a varsity letter in baseball at the college.

While there, he enrolled in a government sponsored Civilian Pilot Training Program at Multnomah College and earned his pilot’s license. On October 5, 1942, he enlisted in the army as a private and entered flight school, training at Tuskegee Army Airfield, Alabama. After completing his training, he received his wings and was commissioned as a 2nd Lieutenant on July 28, 1943. Lieutenant Holsclaw received advanced training at Selfridge Field near Detroit, Michigan before his squadron was shipped to Italy in December 1943.

On July 18, 1944, in an aerial battle over Italy, Holsclaw shot down two German fighters. For this action he received the Distinguished Flying Cross. By December 1944, Holsclaw had completed 68 combat missions, nearing the limit of 70, when he became Assistant Operations Officer, an important administrative position that included aerial mission planning. In January 1945, Holsclaw was promoted to captain.

Captain Holsclaw returned to the United States in June 1945 to serve as assistant base operations officer at Godman Field, Fort Knox, Kentucky. He served as an Air Force ROTC instructor at Tuskegee Institute and then Tennessee State College.

From 1954 to 1957, Holsclaw was assigned to Japan, and from May 1962 to the end of 1964, he served as chief of the training division, Sixth Air Force Reserve Region at Hamilton Air Force Base, California. He directed the preparation of two textbooks to guide incoming air force personnel. Holsclaw retired from the Air Force on December 31, 1964 as a Lieutenant Colonel.

From 1965 to 1973 Holsclaw served as a manager in the Marin County Housing Authority, California. In 1973, he and Bernice returned to Washington where Holsclaw joined the staff at the People’s National Bank in Bellevue. He remained there until his second retirement in 1983. He and Bernice took up residence in Arizona, where Jack Holsclaw died on April 7, 1998, at the age of 80.

In August 2019, the Jonas Babcock Chapter, NSDAR, dedicated a historical marker in the memory of Lt. Col. Holsclaw at the site of his childhood home in Spokane.