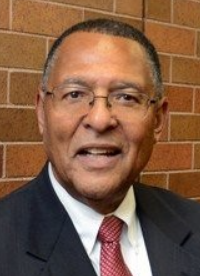 Justice Ireland started his legal career in 1969, as a Neighborhood Legal Services attorney.  In 1971, he and Wallace Sherwood founded the Roxbury Defenders Committee, a public defender program in Roxbury, a low income and predominantly minority neighborhood in Boston.  In 1975, Ireland became the Assistant Secretary and Chief Legal Counsel for the Massachusetts Executive Office of Administration and Finance, and in 1977, he became the Chair of the Massachusetts Board of Appeals on Motor Vehicle Liability Policies and Bonds. Ireland’s judicial career started in 1977, when he was nominated as a judge on the Boston Juvenile Court.  In 1990, he was nominated to the Massachusetts Appeals Court, where he served until 1997.

While on the Massachusetts Supreme Judicial Court, Justice Ireland was known for leading noteworthy decisions, improving the court system, and diversifying the judiciary.  In 2003, Justice Ireland was one of four justices who voted in favor of the landmark same-sex marriage case, Goodridge v. Department of Public Health. The Goodridge decision represented the country’s first unqualified court victory in the fight for marriage equality, and it laid the ground work for what is now the law of the land.