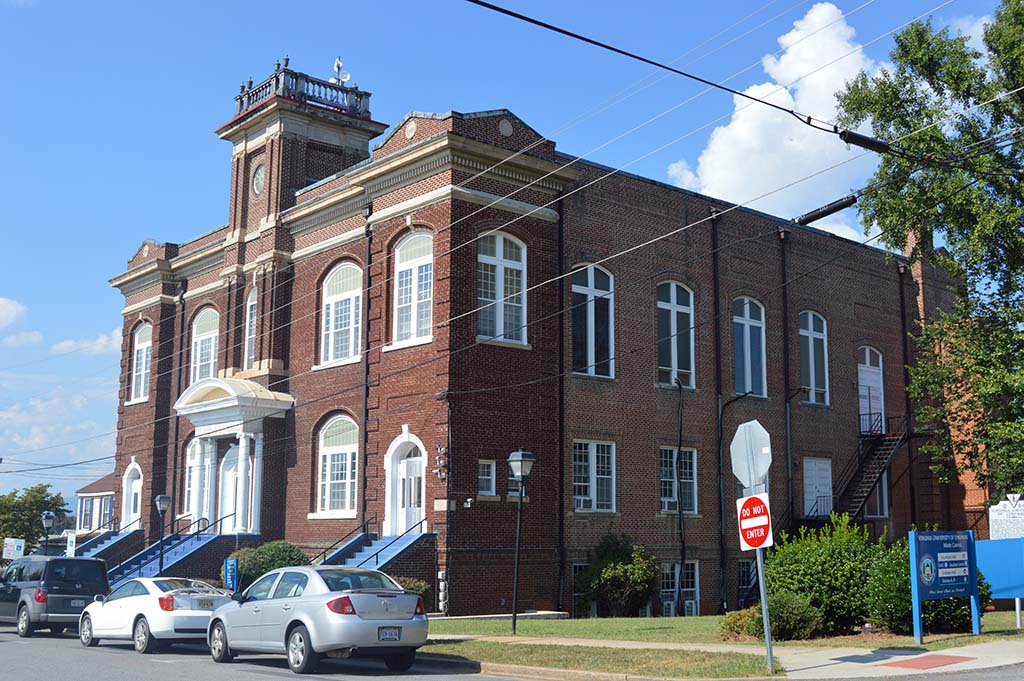 Virginia University of Lynchburg was established in 1886 during the 19th session of the Virginia State Baptist Church Convention, held at the First Baptist Church in Lexington, Virginia. As one of the oldest institutions of higher education for black Virginians, it was founded on the three concepts of “Self-Reliance, Racial Pride, and Faith.” The Lynchburg location was chosen because it already had a large African American population and was serviced by rail lines that made travel much easier.

Reverend Phillip F. Morris, Pastor of Court Street Baptist Church, along with Reverend John Armistead, Pastor of Zion Baptist Church in Portsmouth, Virginia, offered the resolution during the session to form the institution. They recognized the growing demand and needs for better-educated and trained ministers and missionaries in local communities. In 1888 the school was incorporated as the coeducational Lynchburg Baptist Seminary, and the first cornerstone of the first building was set in July that year. The first classes were held in 1890 under the name Virginia Seminary, headed by Professor R.P. Armstead and the institution had 33 students. In 1900, the school was reincorporated as the Virginia Theological Seminary and College.

The first president was Rev. Phillip F. Morris, who served from 1888 to 1890. He agreed to step down after only two years due to the demands of the Baptist Home Mission Society. A graduate of Oberlin College, Reverend Gregory Willis Hayes, assumed the position as President in 1891 until his death in 1906. His wife, a biracial daughter of a Confederate General, Mary Rice Haynes Allen, assumed the presidency until she was replaced by Dr. J.R.L. Diggs in 1908. The university was again renamed in 1962 as the Virginia Seminary and College.

In 1996 the university was renamed and incorporated a fourth time as Virginia University of Lynchburg (VUL). An agreement was reached with Liberty University in July 2010 to help the students of the university complete degrees that are not offered at VUL. Although the University is now a member of National Christian College Athletic Association (NCCAA), they are unable to join the NCAA and the NAIA due to insufficient accreditation. Their teams are known as the Dragons. Women’s sports include basketball, track and field, while the men’s teams include basketball, football, track and field.

City Council designated the school as a local Historic district in 2009. It was added to the Virginia Landmark register in 2010 and to the National Register of Historic Places in 2011. The school has since battled the city council for removal from the historic register in order for new construction to occur on the campus.