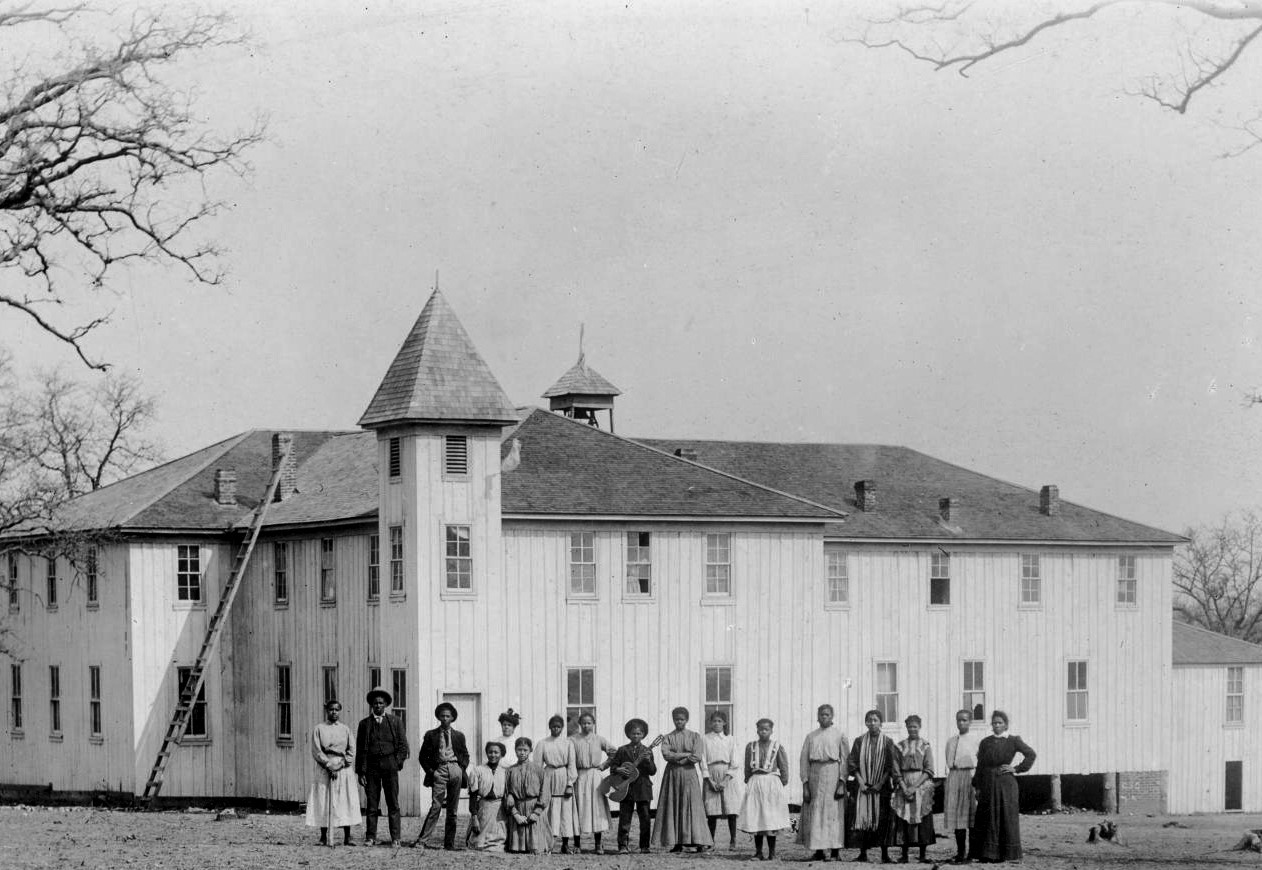 The Creek Seminole College was officially opened in 1906 in Boley, a black town in Creek Nation, Indian Territory (today Oklahoma).  The school’s founder and president was John C. Leftwich, a graduate of Selma University in Alabama.  Leftwich built the college on five acres of land donated to him by Lucinda Holloway McCormick, a Creek freedwoman.

President Leftwich was heavily influenced by Booker T. Washington’s career at Hampton and Tuskegee, and made Creek Seminole College an agricultural and manual training school that educated the children of Indians, Freedmen, and African American migrants in “heart, head, and hand.”

The Creek Seminole College was run largely on donations.  Although Leftwich traveled across the country soliciting money, the school was often in financial distress.  The frequent reports of unpaid teachers, sub par facilities, and cold and hungry students aroused anger among people in Boley, and many people believed that Leftwich improperly handled the school’s funding.

After a tragic fire killed five students in 1912, the College was closed for a few years.  By 1916, Leftwich raised enough money to rebuild in Clearview, another black town in Oklahoma.  This time the school was opened under the sponsorship of the Baptist church and was renamed Creek Seminole Baptist College.  John C. Leftwich was eventually replaced as college president by Reverend Dr. J.M. Young.  Creek Seminole Baptist College operated until at the 1920s, but its actual date of closure is unknown.