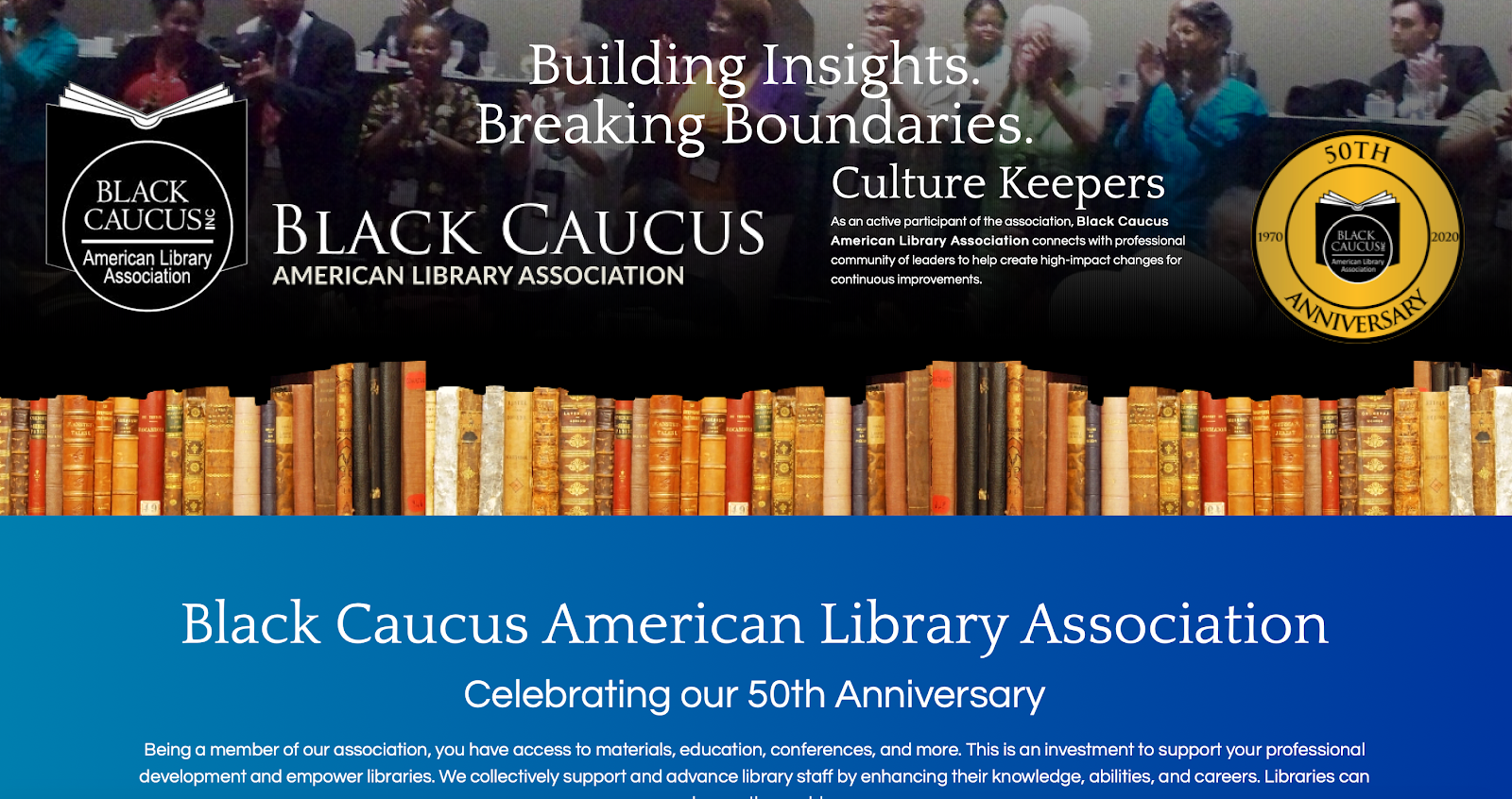 Black librarians have always gathered at meetings to discuss the relevance of their profession and the needs and desires of the African American community. As far back as the beginning of their first library school for Negroes at Hampton Institute (now Hampton University) in Virginia, they conducted their first conference in the Museum of Hampton in 1927. This historic meeting was spearheaded by Thomas Fountain Blue, an Alumnus of Hampton and the head librarian of the Louisville Free Libraries Colored Branches.

It was 43 years later, however, in 1970, that the Black Caucus of the American Library Association (BCALA), a nonprofit entity of the American Library Association, was officially established by Effie Lee Morris Jones, the first Coordinator of Children’s Services at the San Francisco Public Library, Elonnie J. Joseph, Professor Emeritus, Department of Library and Information Science, School of Information Sciences, University of Pittsburgh, and Thomas E. Alfred, Sr.

BCALA was formed so that Black librarians could meet and voice their needs within the profession and the association. However, the overall mission of BCALA remains to be an advocate for the development and promotion of careers within the trade, funding literacy initiatives, providing scholarships, improving library services, and providing greater library resources to the nation’s African American community.

In 2020, BCALA received a $99,934.00 Institute of Museum and Library Services (IMLS) National Leadership Grants for Libraries Program Award to assemble partners from selected American Library Association Divisions and Offices, the Association for the Study of African American Life and History (ASALH), and the University of Michigan’s Program for Research on Black Americans. In addition, BCALA gives several encouraging annual awards to its colleagues and constituents, including the DEMCO/ALA Black Caucus Award for Excellence in Librarianship, the Literary Book Award, the Literary eBook Award, E.J. Joseph Scholarship, and the Baker & Taylor Support Staff Award that is sponsored by Baker & Taylor. The Trailblazers Award is BCALA’s highest award.

Following the strength and scholarship of Elonnie J. Joseph, the first president, there have been 27 presidents of BCALA serving two to three consecutive years and working through many committees; this listing includes Jerome Offord, Jr., Kelvin A. Watson, Denyvetta Davis, Richard E. Ashby, Jr., and Shauntee Burns-Simpson.