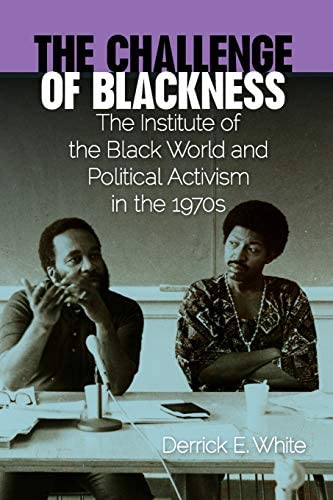 Book Cover on the Institute of the Black World (Amazon)

The Institute of the Black World (IBW) was a collective Black intellectual think tank spearheaded by Vincent Harding, chair of History and Sociology at Spelman College, Stephen Henderson, chair of English at Morehouse College, and independent scholar William Strickland from 1969 to 1983. The institute emerged after the death of Dr. Martin Luther King Jr., despite having no formal links with any colleges or universities. Its members included leading Black political and scientific analysts and advocates, including scholars C. L. R. James of Federal City College (later the University of the District of Columbia); Walter Rodney, author of How Europe Underdeveloped Africa; John Henrik Clark, a pioneer in the creation of Pan-African and Africana studies; cultural critic/folklorist Julius Lester, Chester Davis, professor at Canada’s Sir George Williams University; anthropologist/choreographer Katherine Dunham; Lerone Bennett, Jr., Senior Editor of Ebony magazine and author of Before the Mayflower; sociologist Joyce Ladner; historian Sterling Stuckey; and political theorist Robert A. Hill. They worked together to collect data on African America, mainly to integrate the Black experience into public school, college, and university curricula. As one supporter of IBW described the think tank, “they placed their minds directly in the service of the Black community to work as change agents for solving its most pressing problems.” The Institute of the Black World also sought to expand the concept of Black Power. It pushed for an analytical framework that moved beyond Liberalism (the quest for racial integration), Black Nationalism, and Marxism. In the process, they called for making Black Studies the interdisciplinary intellectual platform for knowledge, self-understanding, and political liberation.

IBW was housed on Chestnut Street in Atlanta in the residence where W. E. B. Du Bois once lived when he taught at Atlanta University. The house was directly adjacent to what would become the Martin Luther King, Jr. Center and eventually became a component of the center. However, the IBW always suffered from underfunding as it never received grants from universities, major philanthropy organizations (such as the Ford Foundation), or the federal government for fear that it would lose its independence, specifically its ability to speak out against racial injustice. As a result, the organization terminated its activities in 1983, just 14 years after its founding.

The Institute of the Black World was a short-lived post-civil rights era project that encouraged debates over race and class in the United States while addressing many pressing problems facing the Black community. It promoted critical research and intellectual development while analyzing the various approaches to Black freedom, including Pan-Africanism, Black Nationalism, and Marxism, in an attempt to redefine and deepen American democracy.

“Abdul Alkalimat (Gerald McWorter),” https://www.alkalimat.org/ibw/; Derrick E. White, “An Independent Approach to Black Studies: The Institute of the Black World (IBW) and its Evaluation and Support of Black Studies,” https://link.springer.com/article/10.1007/s12111-011-9166-1; “Expanding the History of the Black Studies Movement: Some Prefatory Notes,” https://umaine.edu/philosophy/wp-content/uploads/sites/99/2021/02/Fenderson-Baumgartner-Stewart-in-JAAS.pdf.