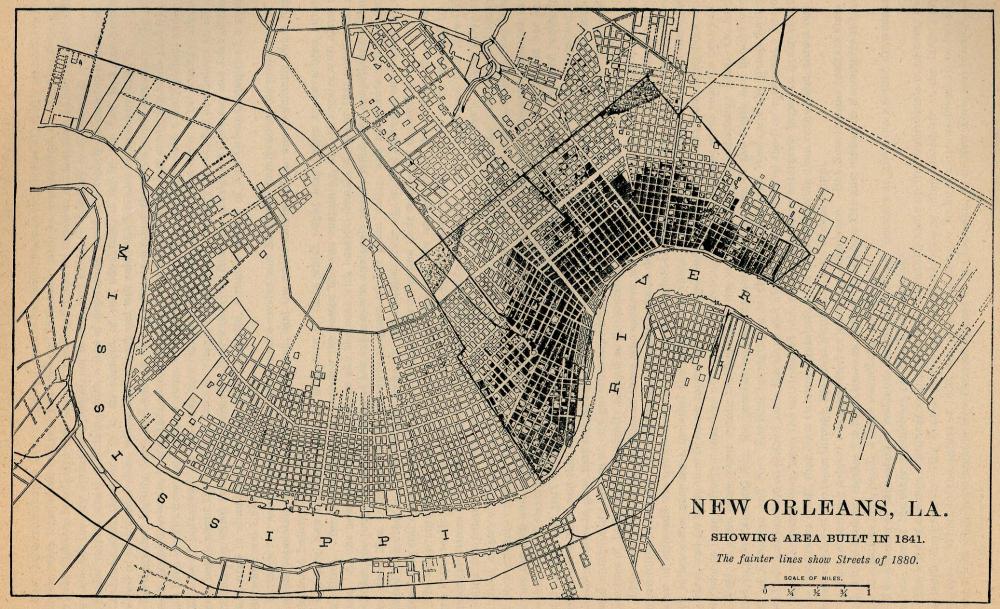 The Institute Catholique, or the Catholic School for Indigent Orphans, was opened in New Orleans, Louisiana in 1848, and aimed to offer a free educationto all African American orphans in the city as well as all “free children of color” (African American children) who could afford its fees. This school was established in the will of Marie Couvent, a free African American resident of the city and widow of wealthy businessman Bernard Couvent.

Although free public schools for white pupils were created by the City of New Orleans in 1849, white city leaders opposed the establishment of a school to educate African American students and tried to block the process.  In response, a group of African Creole (blacks of French and African ancestry), led by François Lacroix and the poet Armand Lanusse, took control of the planned school in 1847 and named it the “The Catholic Institute for the Instruction of Indigents Orphans.” They persuaded local authorities that the Catholic Church supported their efforts and emphasized the school would promote catechism classes even if it was open to all faiths.  City officials dropped their opposition and the Institute was opened the following year, 1848.

The Institute operated for the next half-century, supported mainly by philanthropic gifts from the large “free of color people” community.  When it opened in 1848 the school had forty-three orphans and was guided by an African-Creole woman, Felice Coulon Cailloux, wife of 1812 War hero André Cailloux.

In 1852, the school moved into its permanent building on St-Antoine Street in the Third District and Armand Lanusse, a member of the group that pushed for the creation of the school, became its headmaster. He guided the Institute until his death in 1867.

The Instituted reached its peak enrollment of 300 students in the mid-1850s. Throughout is history it was guided by progressive values inspired by the French Revolutions of 1789 and 1848, that abolished slavery and gave the right to vote to formerly enslaved men of the French colonies in 1850. These egalitarian values inspired Institute teachers, who often themselves studied in France.  Armand Lanusse, for example, studied at the École Polytechnique in Paris.

Rare for that period, women and men had equal roles and received equal salaries. Tuition was free for orphans and based on family wealth for non-orphans. Both of these practices made the Institute an exception in Louisiana and in fact throughout the United States.

African-Creole philanthropists such as Thomy LaFon, who gave a significant amount at his death in 1893, allowed the construction of a new building. The Institute was in fact seen as the heart of the African-Creole community of Louisiana.

In 1915, the Institute Catholique was destroyed by a hurricane, and needed external help to be rebuilt. The founder of Xavier University, Sister Katharine Drexel, provided funds for rebuilding the facility but changed its name to the St. Louis School of the Holy Redeemer and insisted that it would be operated by the Sisters of the Holy Ghost.  While most of the pupils in the school remained African American for the next century (today it is an alternative school for pregnant girls) Drexel effectively ended this unique African American educational experience.