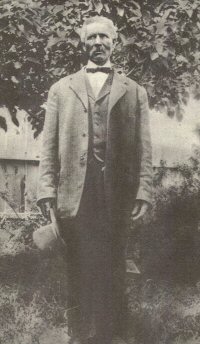 Bose Ikard was born a slave in Summerville, Mississippi, in June 1847 according to the best available evidence.  It is likely that his slave master, Dr. Milton Ikard, was his father and his mother was a slave named “King.”  The Ikard family, slave and free, made the sojourn to Texas in 1852 and settled in western Parker County on the Comanche-Kiowa frontier. As an adolescent, Bose was introduced to the dangers of Indian raids and the requirements of cowboy life.

He gained his freedom following the Civil War and began a memorable cowboy career with Oliver Loving and Charles Goodnight.  It was Bose’s pioneering efforts in opening up the Goodnight Loving Trail, and the friendship established with its founders, that etched his name into western lore.  Charles Goodnight, legendary West Texas cattleman, immortalized Bose with the following words on an engraved monument: “Bose Ikard served with me four years on the Goodnight-Loving Trail, never shirked a duty or disobeyed an order, rode with me in many stampedes, participated in three engagements with Comanches, splendid behavior.”  Ikard died January 4, 1929 in West Texas at the ago of 81.