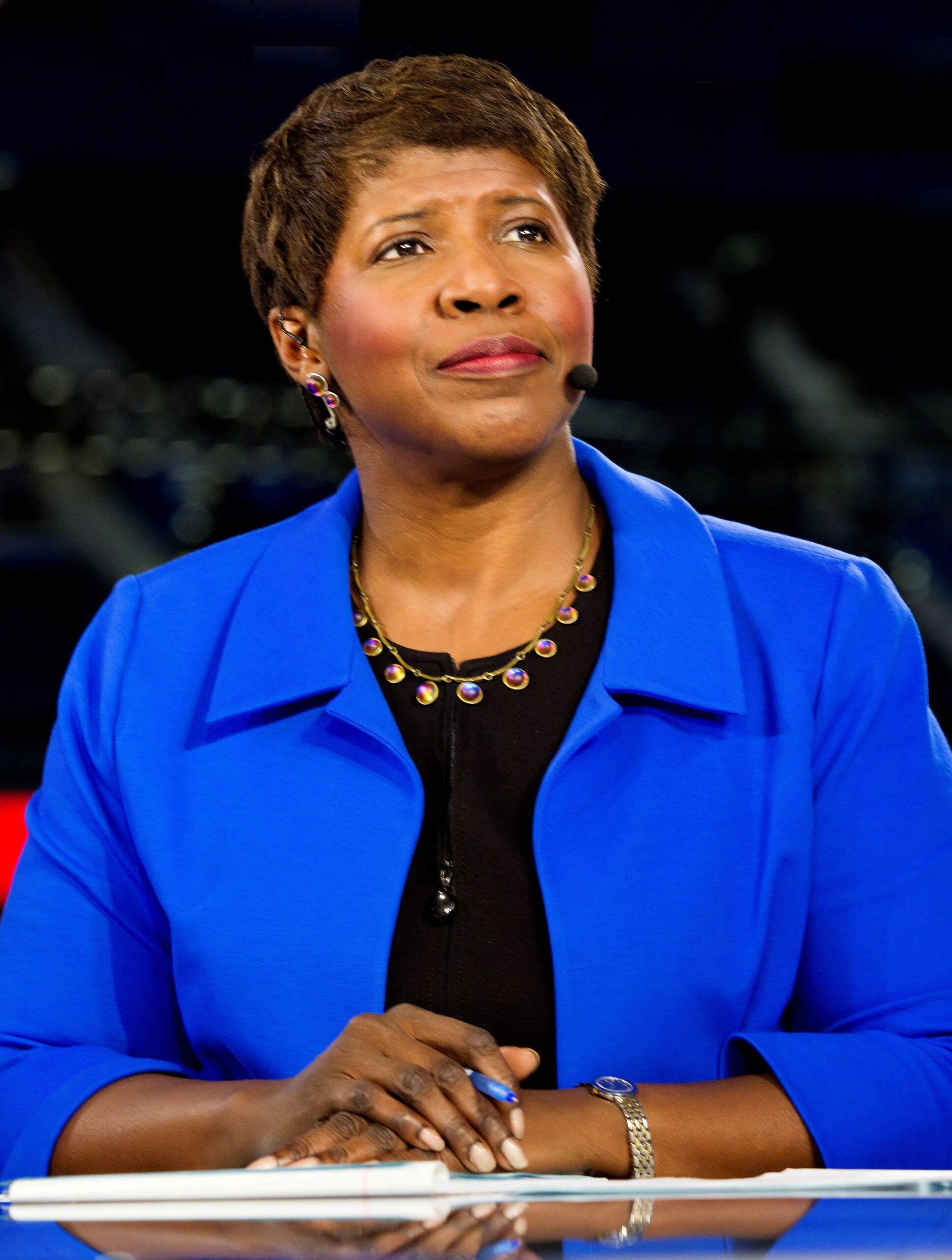 Gwendolyn “Gwen” Ifill was a PBS newscaster, author, and American Peabody Award-winning journalist. Ifill was born in Jamaica, Queens, New York, on September 29, 1955. Her father, Oliver Urcille Ifill Sr., was an African Methodist Episcopal (AME) minister of Barbadian descent who immigrated to Panama, and her mother, Eleanor Husband Ifill, was from Barbados. Ifill’s youth was spent in New England and along the Atlantic coast due to her father’s ministry. She graduated from Simmons College in Boston, Massachusetts, in 1977 with a B.A. in Communications.

Ifill interned for the Boston Herald-American while at Simmons College and was hired full time after a racial incident at the paper that occurred during her internship. She later reported and corresponded for the Baltimore Evening Sun (1981–1984), The Washington Post (1984–1991), The New York Times (1991–1994) and NBC (1995–2016). In October of 1999, Ifill became moderator of Washington Week in Review, a PBS television program.

On October 5, 2004, Ifill moderated the vice-presidential debate between Democratic candidate and U.S. Senator John Edwards of North Carolina and Republican Vice President Dick Cheney. She co-hosted the November 2006, 400th Anniversary commemorative webcast of the founding of Jamestown, Virginia. Ifill also moderated the vice-presidential debate on October 2, 2008 between the Republican Governor of Alaska, Sarah Palin, and the Democratic U.S. Senator from Delaware, Joe Biden.

Ifill received numerous awards during her career. She was given the prestigious George Foster Peabody Award in 2008 for her work on the television show Washington Week. In 2009 she was given the First Amendment Award by the Ford Hall Forum and the Goldsmith Career Award for Excellence in Journalism from Harvard University. Ifill was honored with the 17th Fred Friendly First Amendment Award from Quinnipiac University in 2010, and became an honorary member of Delta Sigma Theta in February of 2011. She also served as the 2011 commencement speaker for Morehouse College. In 2012, she was inducted into the National Association of Black Journalists Hall of Fame, and in 2014 Ifill received the Al Neuharth Award for Excellence in Journalism.

Throughout her career, Ifill received more than twenty honorary doctorates from universities around the world, including Smith College, Bates College, and Georgetown University. Ifill earned a nomination for Outstanding Talk Show Host at the 46th Annual NAACP Image Awards for her work on the PBS Town Hall special, America after Ferguson. She accepted the Lifetime Achievement Award from the Women’s Media Center in November 2015, and the Fourth Estate Award from the National Press Club. Ifill had just received the 2016 John Chancellor Award for Excellence in Journalism from Columbia University days before her untimely death. Gwendolyn Ifill died from complications related to cancer on November 14, 2016 in Washington, D.C.  At the time of her death she was 61.