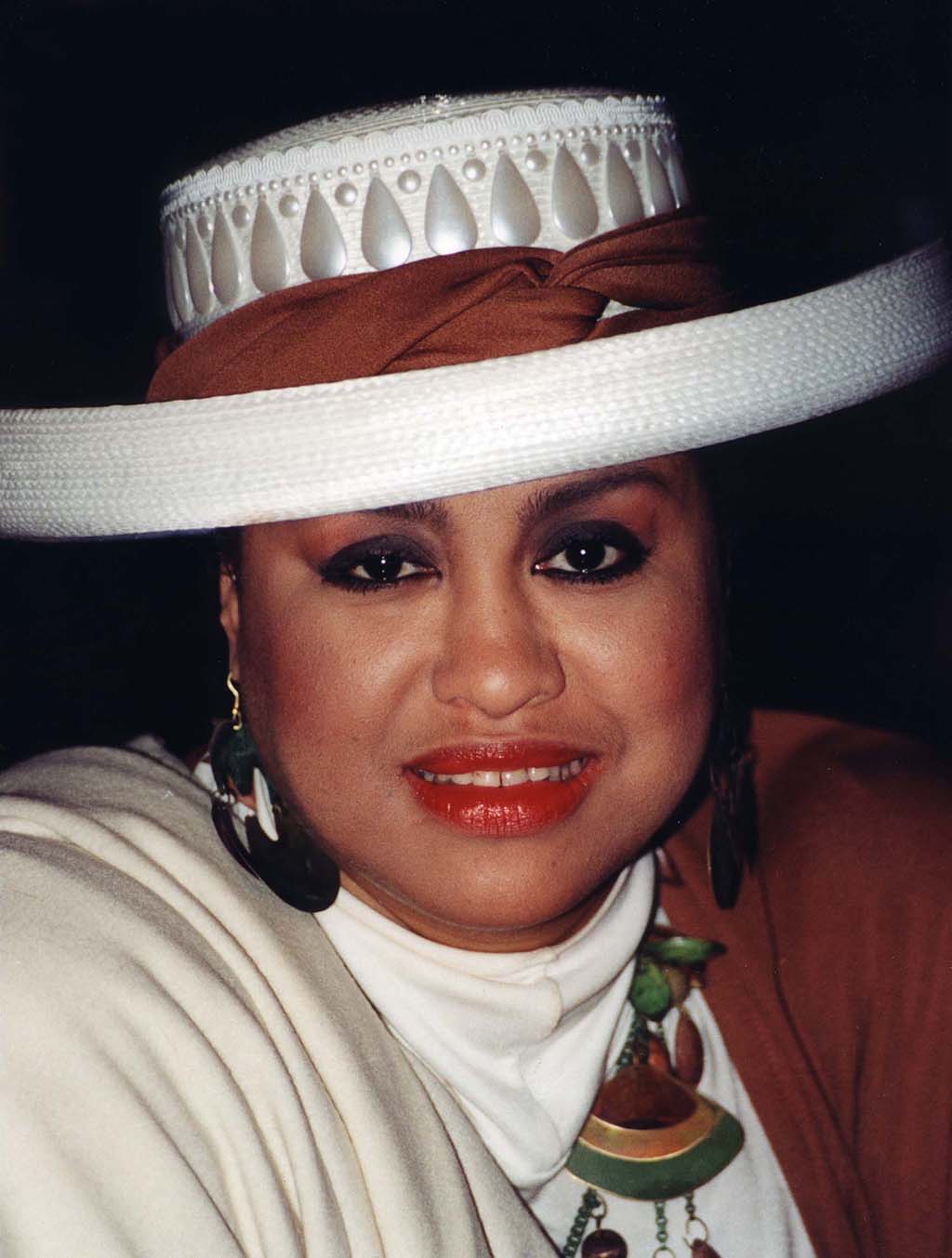 Phyllis Linda Hyman was an American singer-songwriter and actress. She was best known for her singles from the late 1970s through the early 1990s including: You Know How to Love Me, Living All Alone, and Don’t Wanna Change the World. Hyman was born on July 6, 1949 in Philadelphia, Pennsylvania to Philip Hyman, a World War II veteran and Louise Hyman, a waitress at a local night club, but raised in Pittsburgh, Pennsylvania. Hyman was the eldest of seven children.

Her music training started when she received a music scholarship to attend Robert Morris University in Pittsburgh but she dropped out after one year there.  She performed on a national tour with the group, New Direction. Later she joined All the People while working with another group, The Hondo Beat. She made her acting debut in 1974 in the film Lenny. Hyman also led a group called Phyllis Hyman and the P/H Factor.

Hyman’s debut solo album named Phyllis Hyman was released in 1977 on Buddah Records. When Arista Records bought Buddah Records, she transferred to the new label and released four albums: Somewhere in My Lifetime (1979), You Know How to Love Me (1979), Can’t We Fall in Love Again? (1981), and Goddess of Love (1983). Hyman also performed on Broadway in the musical, Sophisticated Ladies, the tribute play for Duke Ellington. For that work, she received a Tony Award, nominated for Best Supporting Actress in a Musical, and won a Theatre World Award for Best Newcomer.

In 1983 Hyman recorded the song “Never Say Never Again” for the James Bond movie of the same name which starred Sean Connery but the song she recorded couldn’t be used for the movie soundtrack due to legal reasons. In 1986 Hyman released the album, Living All Alone, on the Philadelphia International label. She also appeared in the movies, Too Scared to Scream (1985), Spike Lee’s School Daze (1988), and The Kill Reflex (1989).

In 1991 Hyman released the album, The Prime of My Life, on Philadelphia International, which was the biggest album of her career. It included her first number-one R&B hit as well her first Billboard Top 100 hit, Don’t Wanna Change the World. The album, her last released while she was alive, was certified gold by 1992.

On June 30,1995, Hyman committed suicide by overdosing on pentobarbital and secobarbital in the bedroom of her New York City apartment. She was found unconscious in her bedroom hours before she was scheduled to perform at the Apollo Theater. She died two hours later at St. Luke’s-Roosevelt Hospital.

Hyman, who was 45 when she died, suffered from bipolar disorder and depression and had a history of substance abuse which involved alcohol and cocaine.  Two of her albums were released posthumously: I Refuse to Be Lonely (1995) and Forever with You (1998).

Hyman was at one time married to her manager, Larry Alexander. They married in 1978 and divorced a few years afterward. The couple had no children. A 2007 biography by Jason A. Michael titled Strength of a Woman: The Phyllis Hyman Story discussed her past relationships with both men and one women, revealing that she was bisexual.