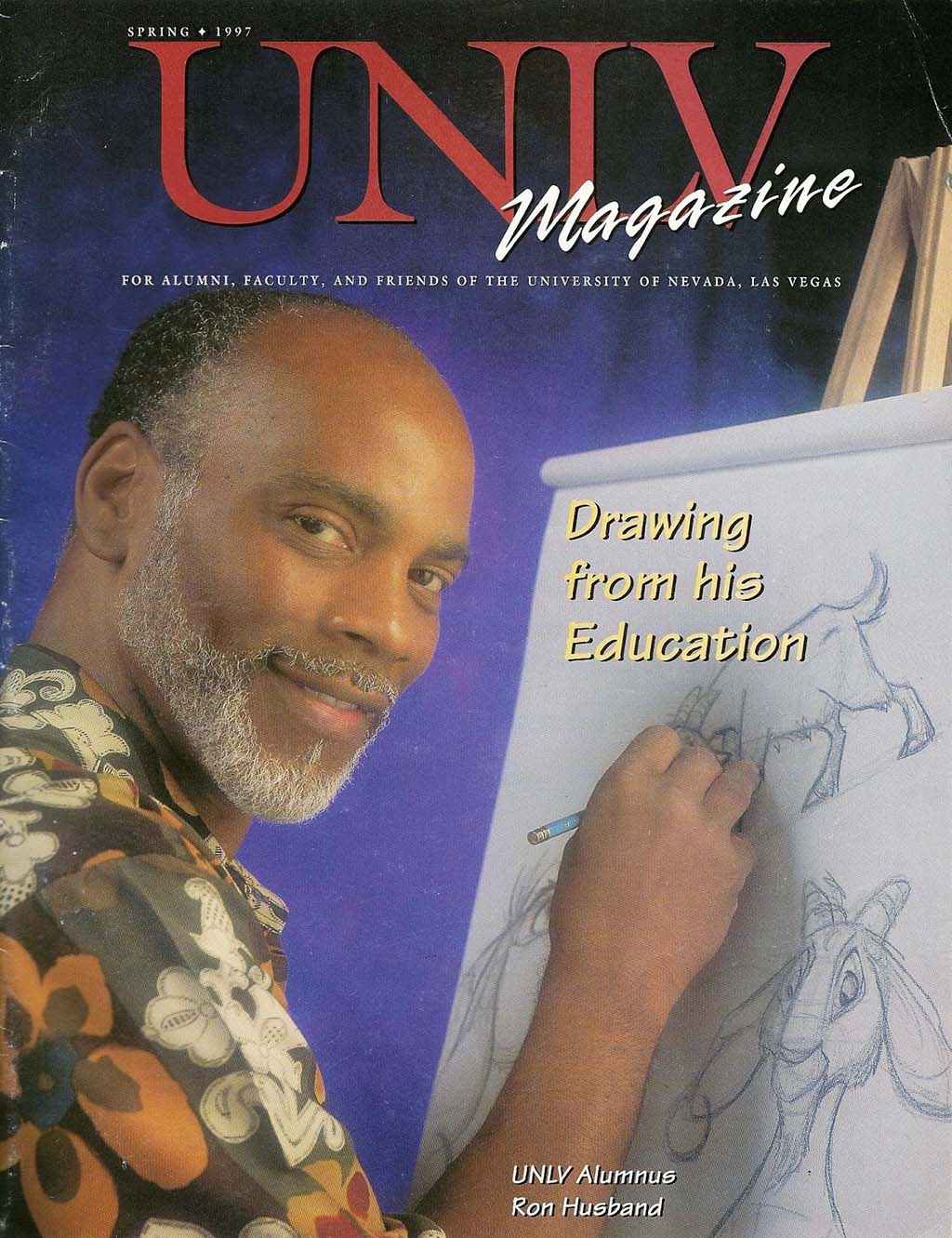 Ron Husband is an American character animator best known for his work at Walt Disney Feature Animation for thirty-eight years from 1975 to 2013. Husband was born on February 5, 1950, in Los Angeles, California. He received an AA degree in Art from Citrus College located in Glendora, California, and BA degree in 1973 from the University of Nevada. Prior to working at the Walt Disney Company, Husband worked for Honeywell in West Covina, California, where he cultivated drafting projects as well as technical illustrations.

Husband also took classes at the Art Center in Los Angeles where one of his professors, Sam McKim, encouraged him to send his portfolio to Disney Animation. The company liked his work and hired him to do feature animation in 1975.Husband’s first assignment with Walt Disney Feature Animation was to work with Frank Thomas on The Rescuers (1977). He earned a promotion to assistant animator on Pete’s Dragon (1978) and became an animator for the first time on the Disney short film, The Small One, later that year.  Soon afterward, Husband underwent surgery to remove a brain tumor that threatened to slow down his work.

Husband’s other screen credits include Looney Tunes Back in Action (2003) and Fat Albert the Movie (2004). He also received screen credit of the animation for the cool cat in singer Paula Abdul’s 1989 single “Opposites Attract.” He has illustrated numerous children books and magazines, and in 1991 when he addressed the National Religious Broadcasters Convention in Washington, D.C., he was honored as the recipient of the Centurion Award.

Each year from 1991 to 1996, Husband was a featured speaker at the Black Filmmakers Hall of Fame in Oakland, California. In 1998 he received the National Achievement in Art Scholastic Award. Husband received a Lifetime Achievement Award by Black Hollywood Education and Resource Center (BHERC) at its 17th Annual African American Film Marketplace and S.E Manley Short Film Showcase on December 10, 2010.

Husband has been married to his wife, LaVonne, for forty-two years. They have three adult children; Husband is fondly known as Grampy to his three beautiful granddaughters.