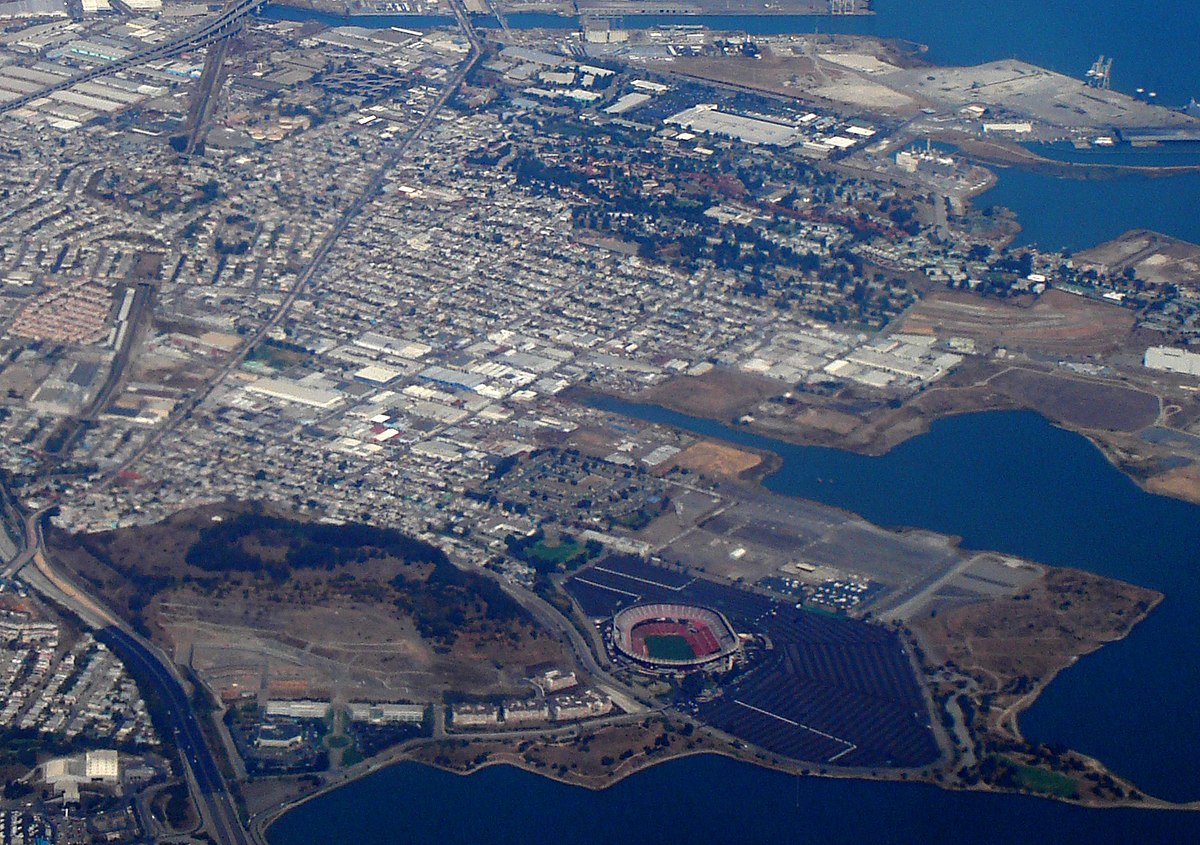 The site of present-day Hunters Point began as a pristine, forested, hill-laden peninsula where the Ohlone people lived.  From 1869 to 1939, the site was a commercial dry dock area, and a once-flourishing Chinese shrimp fishing community.  The U.S. Navy acquired the land on December 29, 1939 to construct the shipyard.

During the Second World War, thousands of people migrated to San Francisco to work in the shipyards in the Bay Area leading to a housing shortage in San Francisco and neighboring communities.  Black migrants especially suffered during the housing shortage because restrictive housing covenants denied them access to most neighborhoods in the city.  To relieve the shortage, in 1942 the U.S. Government built 5,500 “temporary” housing units available exclusively to Naval yard workers and their families.  Since these units were available to all workers, Hunters Point began as one of the most integrated areas of the city.

By 1945, one third of the community’s approximately 20,000 residents were African American.  During World War II, the San Francisco Housing Authority, which ran the government-built housing project, hired an all-white armed special police force that was not under the control of the San Francisco Police Department.  Some of these special policemen were recruited from the South.

In 1944, in response to rumors of an impending race riot at Hunters Point, San Francisco, Mayor A. J. Rossi called on his interracially composed Committee on Civic Unity to hold meetings with the San Francisco Housing Authority.  The Committee recommended the formation of a multiracial tenants’ organization and the integration of the local special police.

From 1945 to 1974, the U.S. Navy continued to operate the site as a shipyard.  As a primary employer, it still attracted migrants in the post-World War II period.  In 1956, a nearby 267-unit public housing project, Hunters View, was created.  By the late 1960s, however, the shipyard and surrounding worksites generated relatively few jobs.  Consequently, the neighboring Hunters Point community slid into deeper poverty.  On December 29, 1988, the shipyard permanently closed and less than a year later the U.S. Environmental Protection Agency deemed it a site on its National Priority List of Federal Superfund Sites in the United States.