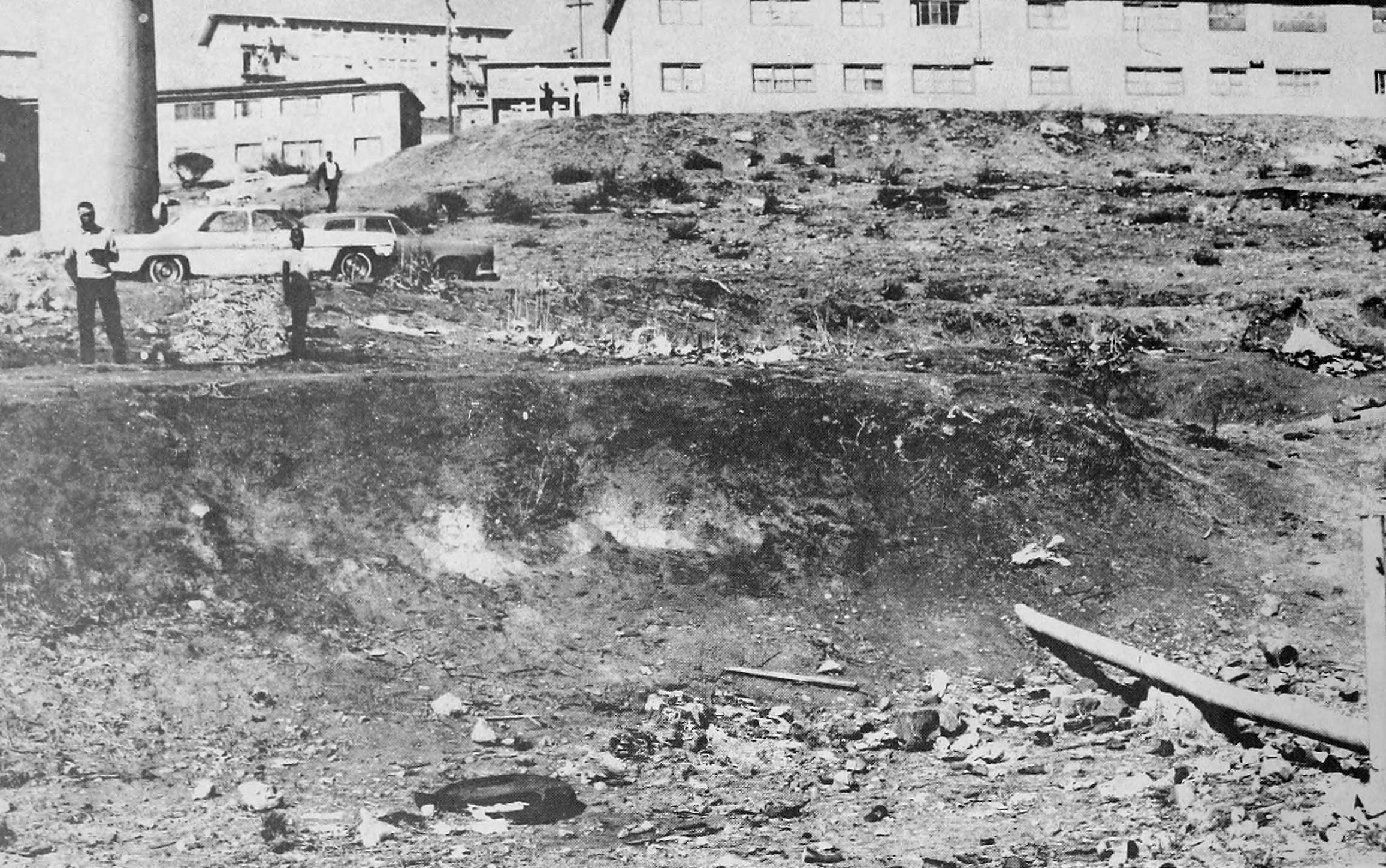 The Hunter’s Point Uprising in 1966 began September 27 and lasted for three days.  At that time, it was the largest riot in San Francisco, California since the anti-Chinese riots almost 90 years earlier.  The uprising began when police chased and attempted to arrest three teenagers—Darrell Mobley, 14; Clifton Bacon, 15; and Matthew “Peanut” Johnson, 16—who were joyriding in a stolen car in Hunter’s Point, a mostly black neighborhood at the southeast corner of San Francisco.  After their car stalled, the teenagers split up and ran from police.  Police officer Alvin Johnson gave chase and, according to an official city report, told Matthew Johnson to “Stop! Hold it, or I’m going to shoot!”  Unarmed, Matthew Johnson continued to run and Officer Johnson shot him four times killing him almost immediately.

As word of Matthew Johnson’s killing spread, crowds began to form at the corner of Third Street and Palou Avenue in the Bayview-Hunter’s Point neighborhood.  Police Commander Harry Nelson meet with local community leaders and residents and assured them an investigation into the shooting was taken place.  But residents were not satisfied and by 7:35 p.m. rioters were throwing bottles and rocks at police and looting local stores.

The uprising would continue for the next three days and spread into the Fillmore district, another predominantly black area west of downtown San Francisco, as well.  Governor Edmund G. Brown called a state of emergency and dispatched 2,000 National Guard troops with tanks.  These troops were in addition to the California Highway Patrol and San Francisco police officers already in the area.  The police also worked with a local volunteer group, the Peace Patrol, to help encourage residents to stay off the streets.  The Peace Patrol took it upon themselves to restore peace but found it difficult to work with the police after police fired over the heads of protesters and into a community center protecting 200 children from the violence.

The quick and overwhelming presence of police and troops managed to keep the damage and violence to a minimum in comparison to other uprisings occurring in other cities during that period.  The uprising lasted officially 128 hours, 146 people were arrested, two police officers were hurt, and 42 African Americans were injured, 10 with gunshot wounds.

Although Matthew Johnson’s death was the catalyst for the riot, years of poverty and unemployment had turned Hunter’s Point from a vibrant, multi-racial neighborhood into an impoverished, mostly African American ghetto.  Drugs and violence were rampant in the area and most people lived in squalid public housing projects.  Many of the residents were involved in criminal activity as well.

Although the uprising briefly brought the economic problems of Hunter’s Point into the national spotlight, decades later, the neighborhood continued to deal with the same economic and racial segregation that were present in 1966.