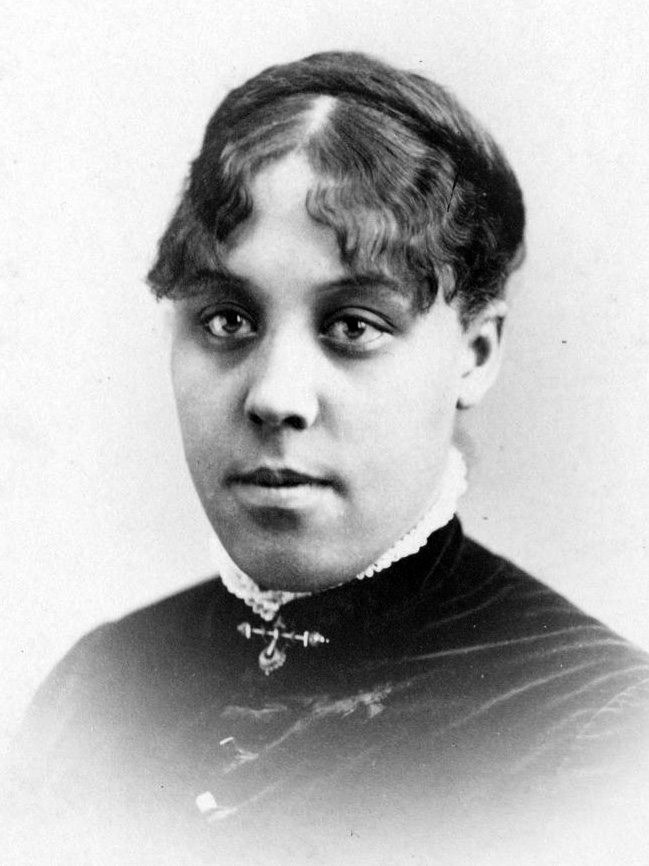 Ida Alexander Gibbs Hunt, teacher, Pan-Africanist and civil rights leader, was born on November 16, 1862 in Victoria, British Columbia.  Her parents were Mifflin Wistar Gibbs and Maria Alexander.  Ida Gibbs studied in the Oberlin Conservatory of Music from 1872 to 1876.  She then went to local public schools from 1876 to 1879.  For her senior year of high school, Gibbs attended the Oberlin College’s Preparatory Department and stayed on as a college student.  She completed her college education at Oberlin College in 1884, receiving both her bachelor’s and master’s degrees in English.  One of her friends at Oberlin College was the famous civil rights and women’s rights leader, Mary Church Terrell.  The two graduated in the same graduating class in 1884.

At Oberlin, Gibbs was enrolled in the “gentlemen’s course” or classical course of study in order to obtain a bachelor’s degree.  The program included courses in Latin, Greek, modern European languages, literature, philosophy, science, and advanced mathematics.   She was one of the first African American women to receive a bachelor’s degree in an area heretofore dominated by men.

After college, Gibbs taught at M Street High School in Washington, D.C., a prestigious African American college preparatory school, and at Florida A&M College in Tallahassee.  She retired from teaching in 1904 when she married William Henry Hunt whom she met in 1897 when her father, Mifflin Gibbs, was U.S Counsel in Madagascar.  Hunt, a career diplomat, had served as Mifflin Gibbs’s clerk in that post. After their marriage Ida Gibbs Hunt accompanied her husband on all his assignments.  Hunt’s assignments included Liberia, France, Madagascar, and Guadeloupe.  When William Hunt retired as a U.S. Consul, the couple settled down in Washington, D.C.

Despite her husband’s overseas assignments, Ida Hunt continued to be active in the civil rights movement.  In 1905, she joined a handful of black women in founding the first Young Women’s Christian Association (YWCA) in Washington, D.C. for African Americans.  She participated in the Niagara Movement, the Femmes de France, the Bethel Literary Society, the National Association for the Advancement of Colored People (NAACP), the Washington Welfare Association, the Women’s International League of Peace and Freedom, and the Red Cross.

While traveling abroad with her husband, Ida Gibbs Hunt published various articles and wrote reviews on literary and cultural themes.  She also wrote and gave speeches in support of peace, women’s suffrage, and civil rights for African Americans.  She was able to promote her ideals internationally, an influence no doubt from her husband and father who had been diplomats.  Ida Hunt was the assistant secretary for the Second Pan-African Congress in Paris in 1919.  She delivered a paper entitled “The Coloured Races and the League of Nations” at the Third Pan-African Congress in London in 1923 and co-chaired the Conference’s Executive Committee with W.E.B. DuBois.  Ida Gibbs Hunt died in Washington, D.C. on Dec. 19, 1957.