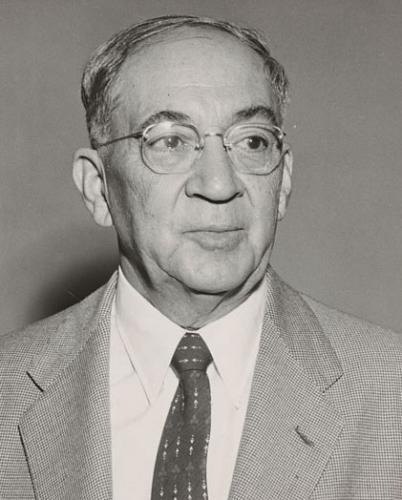 H. Claude Hudson was an important civil rights and business leader in two different cities: Shreveport, Louisiana, and Los Angeles.  Hudson was born in Louisiana in 1886. He studied at Wiley College, in Marshall, Texas, and earned a degree from the dentistry school at Howard University in 1913. He returned to Louisiana, married, and established a dental practice in Shreveport. In 1921 he became the president of the National Association for the Advancement of Colored People in that city. Hudson’s active leadership in the NAACP aroused concern among Louisiana officials, who urged him to leave the state. He moved with his wife and children to Los Angeles in 1923.

Soon after his arrival in Los Angeles, Hudson assumed leadership of the deeply divided local NAACP branch. His actions as branch president alienated some African Americans but earned him the admiration of others. Hudson was arrested during a protest that helped to end segregation on the Southern California beaches, and he publicly criticized the Los Angeles Police Department. Even after Hudson left the presidency of the local branch, he continued to serve as a leader within the NAACP. In 1953 he was named to the national board of directors of the organization.

In the late 1920s, while Hudson continued to pursue his dental practice, he also enrolled in the Loyola Law School.  He earned his law degree in 1931. Although Hudson never practiced law, he used his legal education in his civil rights and business activities.

Hudson was one of the original investors in Broadway Federal Savings and Loan, which was chartered in 1946. In 1949 he became the chair of the board of directors, a position he held for twenty-three years. Broadway Federal, which became a bank in the 1990s, continues to serve a largely African American community in the southern section of Los Angeles.

Hudson’s service to African Americans and to all residents of Los Angeles earned him a number of honors. The Los Angeles County Board of Supervisors named a comprehensive health center and an auditorium in the Martin Luther King, Jr., Hospital after him. In 1976 the Board awarded Hudson the County’s Distinguished Service Medal. Hudson was a member of Sigma Pi Phi fraternity.