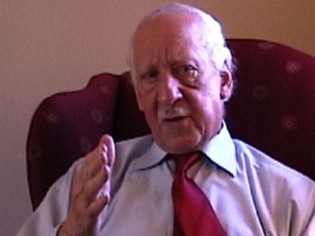 Seattle-based civil rights activist, labor leader, and lay Catholic leader Walter Hubbard envisioned a church and world without racism and worked his entire life to achieve that vision.  Hubbard was born in New Orleans in 1924.  He received little formal education but acquired extensive knowledge through his love of reading.  When World War II began Hubbard was drafted into the United States Army.  He first came to the Pacific Northwest when he was stationed at Fort Lewis in 1943.  Later he fought in France in the Battle of the Bulge.

Hubbard moved his family to Seattle 1951.  His first job in Seattle was as a skilled cloth cutter for the Sportcaster Company, a Sears & Roebuck supplier.  Through his work he became active in the United Garment Workers Union Local 77, serving as president and later as a business representative.

Hubbard’s inability to buy homes in West Seattle and the Madrona neighborhood in 1951 initiated his long involvement in Seattle-area civil rights activity.  By the early 1960s he was a member of the powerful Central Area Civil Rights Committee, a coalition of local chapters of civil rights groups such as the Congress of Racial Equality (CORE), the National Association for the Advancement of Colored People (NAACP) and the Urban League.  Hubbard in 1964 was one of the founders of the Central Area Motivation Program (CAMP), a Seattle anti-poverty agency.  In 1966 he was a leader of the Freedom School Boycott which focused attention on the city’s racially segregated schools.

Unlike other local leaders such as Edwin T. Pratt of the Urban League or E. June Smith of the NAACP, much of Walter Hubbard’s civil rights activism was channeled through Roman Catholic organizations.  A life-long Catholic, Hubbard was able to mobilize the local Catholic community to support marches, boycotts, and other civil rights protest activity.

In 1964 Hubbard and Melvina Squires co-founded the Seattle branch of the Catholic Interracial Council. He also served as president of the Seattle Black Lay Catholic Caucus.  From 1966 to 1970, he was executive director of Community Action Remedial Instruction, Tutoring, Assistance and Service (CARITAS), a Catholic Church-sponsored program directed toward promoting higher academic achievement among high school and college students in the Central District.  The CARITAS program became the major initiative of the Archdiocese of Seattle in its local war against poverty.

Hubbard also played a significant role in national black Catholic organizations.  From 1970 to 2007 he served alternately as president or as executive director of the National Office of Black Catholics, an organization dedicated to making the Catholic Church visible in racial justice movements.   He also chaired the National Catholic Conference for Interracial Justice.

Walter Hubbard’s concern for civil rights extended to various minority groups around the world.  In 1972 he was a member of a U.S. Catholic task force investigating civil rights issues in Northern Ireland.  Throughout the decade of the 1970s he was co-chairman of the Seattle Inter-Religious Committee for the Rights of Soviet Jewry, an interfaith group concerned with the problem of Soviet Jews.  In 1976, Hubbard traveled to Brussels, Belgium as the Committee’s emissary to the Second World Conference on Soviet Jews.