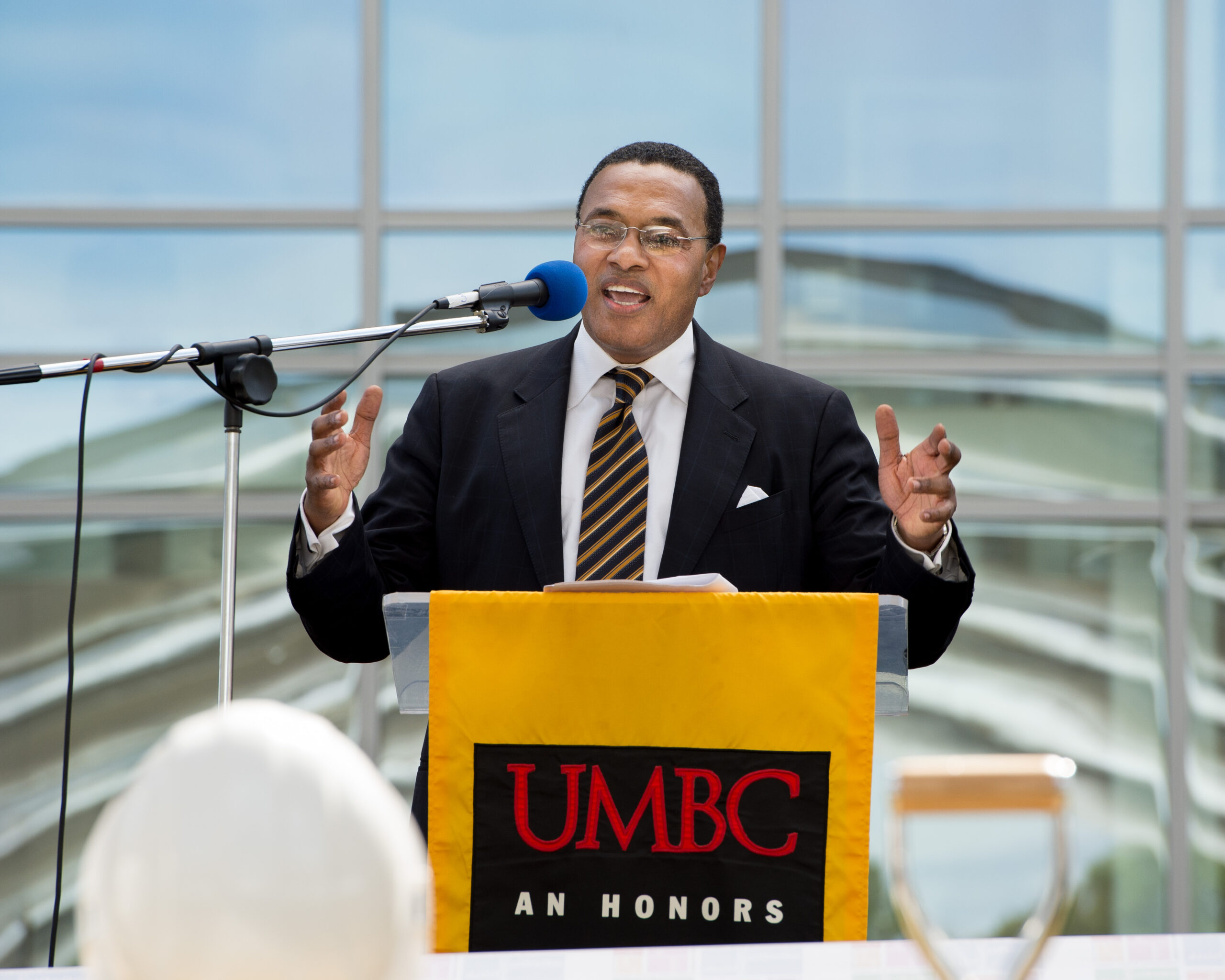 Influential educational leader Freeman A. Hrabowski III has occupied many roles in his life, as a child civil rights activist in the 1960s, as professor, as university president, as philanthropist, and as consultant.  He was born on August 13, 1950 in Birmingham, Alabama to parents Maggie G. and Freeman A. Hrabowski II, who were both teachers.

Hrabowski graduated from Hampton Institute in 1970 at the age of 19 with highest honors in Mathematics. He received his M.A. in Mathematics a year later at the University of Illinois at Urbana-Champaign and four years later (1975) his Ph.D. in Higher Education Administration and Statistics from that institution at the age of 24.

In 1976, Hrabowski was hired as associate dean of graduate studies and associate professor of statistics at Alabama A&M University.  In 1977, he became professor of math and dean of Arts and Sciences at Coppin State College. Four years later, he was named the college’s vice president for academic affairs.  In 1987 at the age of 37, he was named vice provost of the University of Maryland, Baltimore County (UMBC).  He remains at UMBC, having become university president in 1992.

During his presidency, Hrabowski gained a national reputation for steering African-American students toward science and engineering, fields in which they have been traditionally under-represented.  He was named one of America’s Best Leaders of 2008 by U.S. News & World Report, which in 2009, 2010, and 2011 ranked UMBC the Number 1 “Up and Coming” university in the nation. In 2011, U.S. News also ranked UMBC 4th nationally for “Best Undergraduate Teaching,” the same as Yale.

Hrabowski has built his impressive reputation as an educator by challenging students of color to reach their full potential. His research and publications focus on science and math education, with special emphasis on minority participation and performance. He chaired the National Academies’ committee that produced the recent report, Expanding Underrepresented Minority Participation: America’s Science and Technology Talent at the Crossroads. Hrabowski is also co-author of the books, Beating the Odds: Raising Academically Successful African American Males, published in 1998, and Overcoming the Odds: Raising Academically Successful African American Young Women, published in 2001.

Several of the many awards and honors he has received for his dedication to education include the U.S. Presidential Award for Excellence in Science, Mathematics, and Engineering Mentoring and the Columbia University Teachers College Medal for Distinguished Service. He also holds honorary degrees from more than 20 institutions including Harvard, Princeton, Duke, the University of Michigan, Johns Hopkins University and Georgetown University.

Time magazine has named Hrabowski one of America’s 10 Best College Presidents in 2009, and one of the “100 Most Influential People in the World” in 2012.  Because of his exemplary career and success, he was recently named by President Barack Obama to chair the newly created President’s Advisory Commission on Educational Excellence for African Americans.  Freeman A. Hrabowski is a member of Sigma Pi Phi and Alpha Phi Alpha Fraternities.