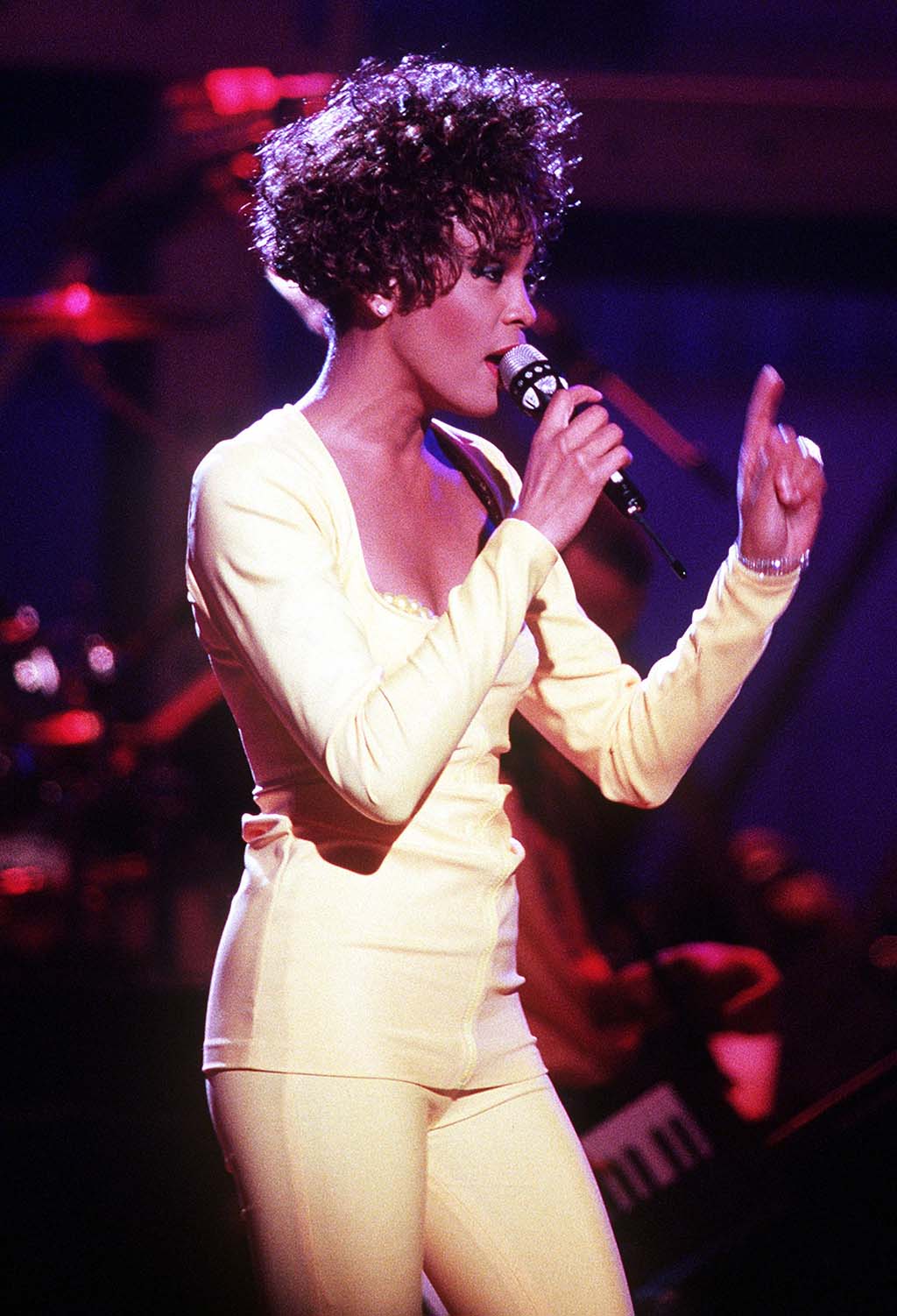 Houston was born in Newark, New Jersey on August 9, 1963.  Her mother, Cissy Houston, was a nightclub performer and recording artist.  Her father, John, was an aspiring singer who later managed his wife’s career.  Whitney’s extended family and close friends included a number of prominent entertainers.  Dionne Warwick was her first cousin, and Aretha Franklin was her godmother.  She also counted Roberta Flack and Gladys Knight among close family friends.

Houston started singing at age five at New Hope Baptist Church in Newark where her mother was music director.  She performed her first solo in the church when she was eleven.  That performance persuaded both Whitney and her mother that the young soloist should become a professional singer.

As a teen, Whitney was able to fine tune her stage presence when she was allowed to perform on tour with Cissy Houston in the 1970s.  Her parents however encouraged her to stay in school and would not allow her to launch a professional singing career until she graduated from high school in 1981.

In 1985 21-year-old Houston released her first album, Whitney Houston.  It sold 20 million copies worldwide and became the biggest debut album in history at that time. Her single from the album, I Wanna Dance With Somebody (who loves me), entered the charts at number one, the first single by a woman performer to do so. Her 1987 album, Whitney, broke the record for the most consecutive number one singles.

In 1992 Houston starred in her first film The Bodyguard and recorded the soundtrack as well. The film, a love story between a mixed race couple, costarred Kevin Costner who was also the producer.  In 1994 Houston won three Grammy awards for the soundtrack from The Bodyguard.  The following year she costarred in the movie Waiting to Exhale about four African American female friends. She also recorded a hit song Exhale (Shoop Shoop) for that soundtrack. In 1996 Houston costarred with Denzel Washington in The Preacher’s Wife.

Houston married fellow entertainer Bobby Brown in 1992. Their daughter Bobbi Kristina was born in 1993.  The marriage lasted 16 years despite public rumors about discord between the couple, several miscarriages and time both spent in rehab for drug and alcohol related issues. Their turbulent marriage was documented in a reality television show, “Being Bobby Brown,” which aired on the Bravo network during the summer of 2005.

Houston contributed both time and money to charities that support AIDS research, black colleges, and veterans. In 1989 she formed the Whitney Houston Foundation for Children.

Houston was found dead on February 11, 2012 in her Beverly Hills hotel room on the eve of the 2012 Grammy Awards.  The cause is so far undetermined. Her funeral, with many tributes from the entertainment community, was held on February 18, 2012 in the same New Jersey church where she first performed.