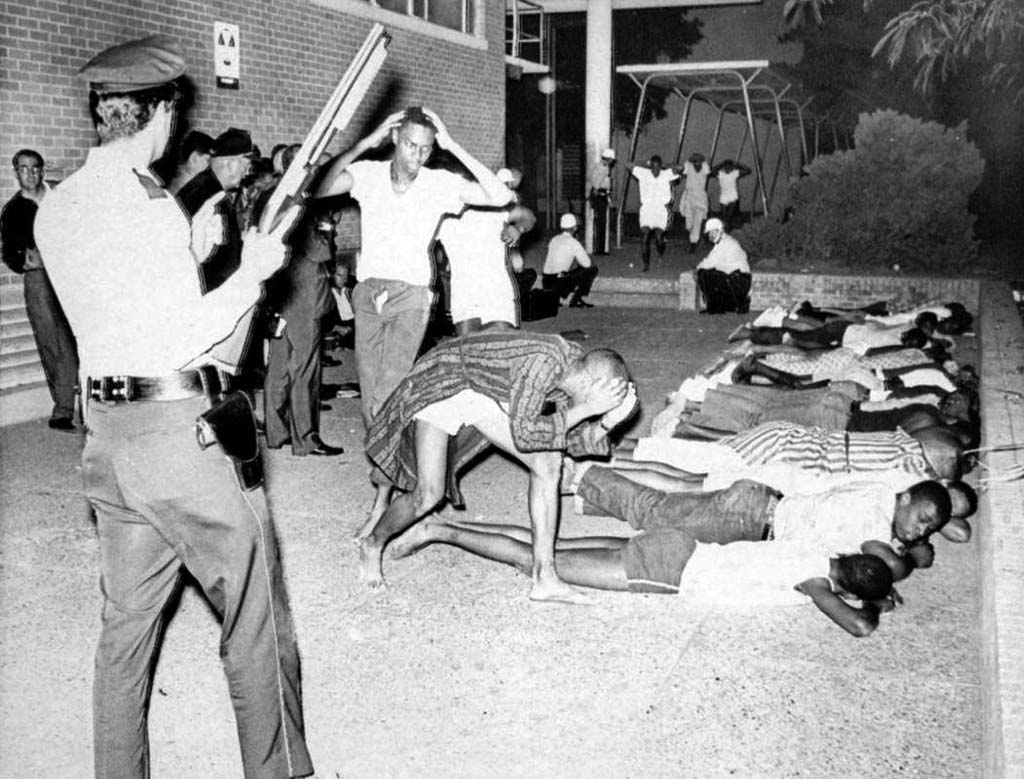 The event labeled as the Houston Riot occurred on the Texas Southern University (TSU) campus in Houston, Texas in 1967. As with many other civil disturbances during the 1960s, underlying racial resentments prior to the event finally reached a tipping point.  In this instance, however, much of the anger was directed at the TSU students and came from Houston police officers and thus should be labeled a police riot.

Tensions between the Houston police and TSU students arose from the circumstances surrounding the death of 11-year-old Victor George who had drowned in a garbage-filled pond at Houston’s Holmes Road Dump on May 8, 1967. Many of these dumps were located in black majority neighborhoods because city had routinely and purposely arranged for these landfills to be in segregated parts of town.

On May 15th students attending TSU and other local universities along with environmental activists staged a sit-in in front of Holmes Road Dump’s entrance in an attempt to force the city to shut down the dump. Their protest was one of the first in the nation targeting the evolving issue that would later spark the national anti-environmental racism movement. During the sit-ins dozens of protesters were arrested by Houston police.

TSU students returned to the dump’s entrance the following day to continue the protests which resulted in still more arrests.  Later that day support rallies were held at local churches where some protest leaders spoke about beginning a battle with police. The Houston police falsely assumed those who called for this confrontation were TSU students.  In response, police officers blockaded all the roads leading to the TSU campus and shut down the school.

With thousands of students—including the vast majority who had not participated in the protests—confined to campus, tensions with the police grew over the afternoon and into the early evening.  The civil unrest that occurred later that night would be labeled as the TSU Riot.  By early evening some students hurled rocks and bottles at the police.  Believing the attack came from Lanier Hall, a male dormitory, Houston police surrounded the building and exchanged gunfire with some of the students inside.

Houston’s mayor Louie Welch attempted to deescalate the situation by enlisting the help of one of the dump protest organizers, Rev. William Lawson, who tried to get the students to cease firing weapons from the dormitory.  After this effort failed Houston police opened fire on the dormitory, shooting nearly 5,000 rounds of ammunition into the structure.  Then the police raided the dormitory, arresting 488 students, nearly all the residents of the building. Most of those arrested had nothing to do with the violence.  All of them were paraded outside the building in their pajamas and underwear. A small number of those arrested were injured.

One Houston police officer, Louis Kuba, was killed during the incident. Houston police arrested TSU students Douglas Walker, Floyd Nichols, Charles Freeman, John Parker, and Trazawell Franklin and Harris County prosecutors charged them with the murder of Officer Kuba. Neither Walker or Nichols were present when Officer Kuba died. Walker had been arrested earlier in connection with the dump protests and Nichols was at his home in Northeastern Houston. Nevertheless, they were still apprehended and charged. The charges against the five students, dubbed the TSU Five, were dismissed however in 1970 due to insufficient evidence.  By that point authorities concluded that Officer Kuba was killed due to a ricocheted police bullet.