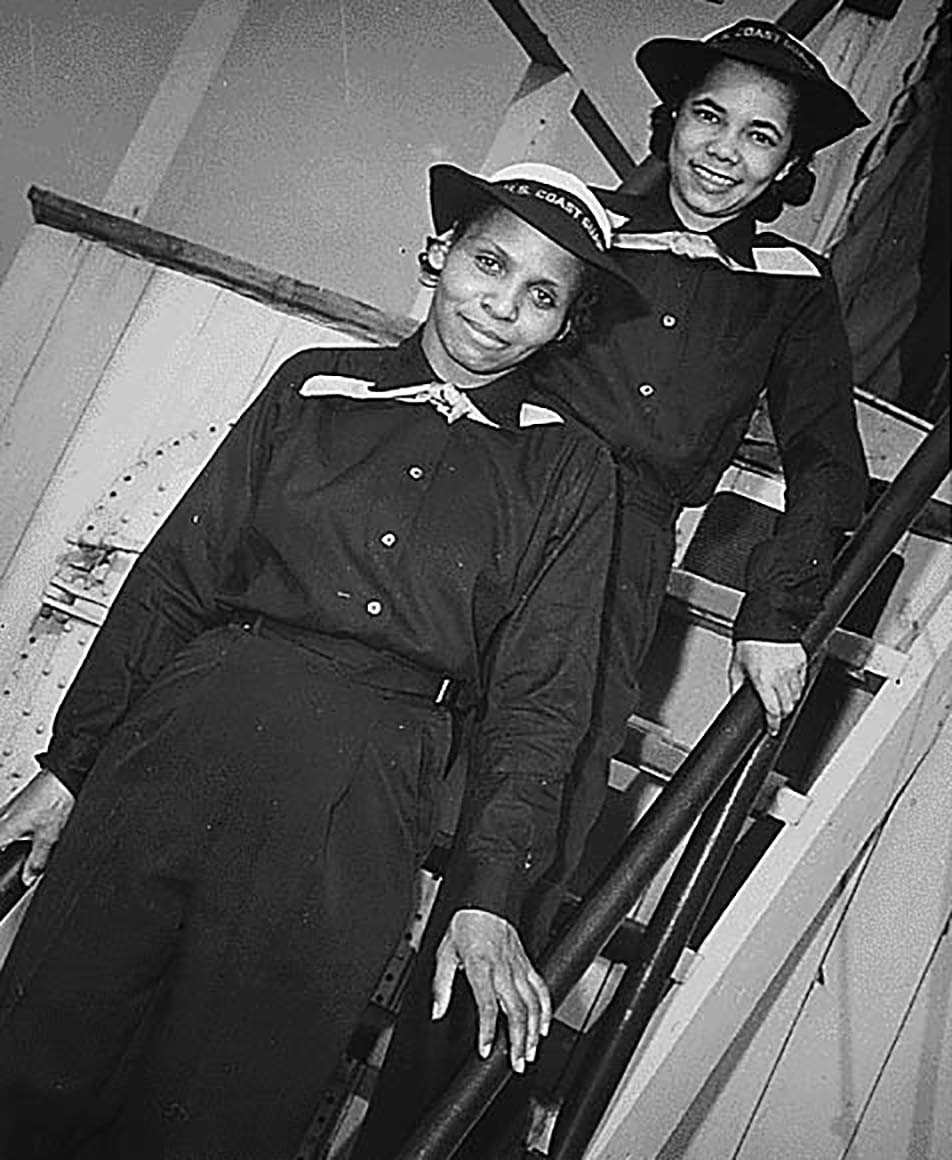 Dr. Olivia Juliette Hooker is one of the last known survivors of the 1921 Tulsa Race Riots. Born in 1915 in Muskogee, Oklahoma, at the age of six, she lived through the Ku Klux Klan destroying her family’s home along with the 35-block “Black Wall Street” of Tulsa. The riot left 300 dead, 800 injured, and over 10,000 people homeless.

Born to Samuel Hooker and Anita Hooker (née Stigger), Hooker and her family moved to Columbus, Ohio, after the riots. She earned her Bachelor of Arts in 1937 from The Ohio State University, where she also became a member of Delta Sigma Theta sorority.

Despite experiencing the worst of what her country had to offer, Hooker grew up with the desire to serve. She applied to the Navy’s Waves (Women Accepted for Volunteer Emergency Service) but was rejected because she was black. So, she petitioned the Coast Guard instead, and in 1945, became the first African-American woman to join the U.S. Coast Guard’s women’s reserve. As a SPAR (Semper Paratus Always Ready), she performed administrative duties, attaining the rank of Yeoman, Second Class before World War II ended, and SPAR was disbanded in 1946.

Hooker then enrolled in Columbia University’s Psychology Department where she received a M.A. degree in Psychological Services. At the time she was one of only two African American women in the program in 1947. She received a doctorate in Psychology from the University of Rochester in 1961. With an expertise in developmental and intellectual disabilities, Dr. Hooker went on to help found the American Psychological Association’s Division 33, which focused on this population.

Dr. Hooker spent her career working with the mentally disabled in women’s prisons and as a senior clinical lecturer at Fordham University. She formally retired in 1987 after a distinguished career but continued to be active in civic life. In 2003, Dr. Hooker was among the survivors who filed a civil rights lawsuit against the city of Tulsa and the state of Oklahoma seeking reparations for the Tulsa Massacre that took so many lives and her family home and business. The U.S. Supreme Court dismissed the case without comment in 2005.

The lawsuit was unsuccessful, but Dr. Hooker was the recipient of another honor. In 2015, setting aside the tradition of recognizing members posthumously, the Coast Guard named a building on Staten Island after her. Dr. Hooker joined the Coast Guard Auxiliary at age 95 and was an active participant in the White Plains/Greenburgh NAACP until the time of her death at 103.

During her lifetime, Hooker was celebrated by presidents Barack Obama, George W. Bush, and Bill Clinton.

Dr. Olivia Juliette Hooker died of natural causes at her home in White Plains, NY, on November 21, 2018. She is survived by friends and loved ones. She was 103 at the time of her death.