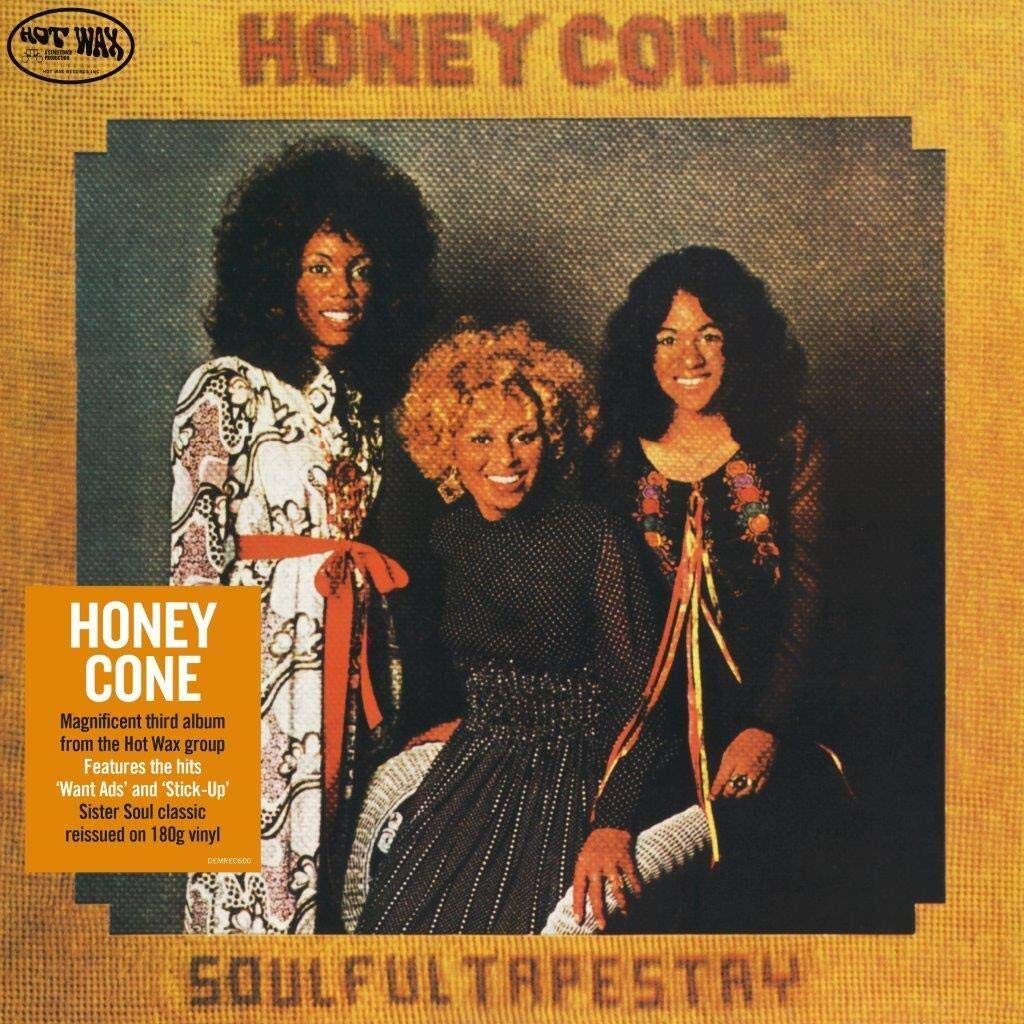 Honey Cone was an R&B female vocal ensemble based in Los Angeles, California, in 1968. The co-founders were principal singer Edna Wright along with, Carolyn Willis, and Shelly Clark. They were influenced by the doo-wop style of the late 1950s and early 1960s but with clean harmonic sound throughout their work.

Before partnering, all three women in their early twenties had professional vocal performance experience.  In 1954 seven-year-old Shelly Clark made headlines at Harlem’s Apollo Theatre and the Palace Theatre and in the same year, made her Broadway debut in the musical, The House of Flowers with Pearl Bailey and Diahann Carroll.  Carolyn Willis gained singing experience with the 28 member Los Angeles gospel group, The Brothers & Sisters, and the trio, The Girlfriends, in 1957.  And in 1960, Wright, the daughter of a minister, had been a member of The COGIC (Church of God in Christ) singers 1960 and released her debut solo single “A Touch of Venus” that year as well. She also performed by the pseudonym Sandy Wynns singing backup for or the Righteous Brothers, Johnny Rivers, and Ray Charles between 1964 and 1967.

Honey Cone’s 1968 debut single for Hot Wax Records, operated by Motown subsidiary, Holland-Dozier-Holland, was “While You’re Out Looking for Sugar.” It peaked at #26 on Billboard’s R&B. Their next song, “Girls, It Ain’t Easy,” hit #8 on the same chart.  They finally achieved success in 1971 with the release of their first album, Soulful Tapestry, which included their Number One Billboard Hot 100 single, “Want Ads.” The single remained on the chart for nine weeks and was at the #1 position for three weeks. “Want Ads” sold more than one million copies and the Recording Industry Association of America (RIAA) awarded it a gold disc.

They quickly released a follow up, “One Monkey Don’t Stop No Show (Part I)” later in 1971 but the song peaked at #63 in the R&B charts. In 1972 the group came out with “The Day I Found Myself,” which reached #90 song in the R&B charts.  In 1971, Honey Cone appeared on the cover of Jet magazine and the front of Blues & Soul Magazine Issue 64. In addition, the group was on the cover of Song Hits Magazine, in September 1972.

In 1973 the group dissolved after only four years of recording and performing. Edna Wright released a solo album, Oops! Here I Go Again, in 1976 and Carolyn Willis performed with Seals and Crofts’ hit, “Get Closer.” Clark married Rock and Roll Hall of Famer Verdine White of the R&B group, Earth, Wind & Fire, on December 31, 1980. In 1992, Willis appeared as a backing vocalist for Neil Diamond’s “Beautiful Noise.” Former lead singer, Edna Wright died suddenly on September 12, 2020, after suffering a heart attack at a hospital in Encino, California. She was 75.